About the exhibition of Imre Égerházi

Cultural Committee of the University of Agricultural Sciences in Debrecen organized an exhibition for the Káplár Award-winning painter, born in Hajdúhadháza. The exhibition mostly compiled of oil paintings and monotypes drawn from experiences in Bulgaria. Imre Égerházi was stunned by the beauty of the Bulgarian landscape: the mountains, the sea, architectural memories, the history. He familiarized himself with Bulgarian poetry, especially Atanász Dracsev, who “filter feelings through the net of intellect to made them into words.” The art of this Bulgarian poet can be discovered in more than one painting. Like the artwork titled House of Hoja in Shumen incorporates not only the visuals but the atmosphere of Dacsev’s poem Transylvania – but not with an illustrative intent. The Turkish influence, the 600 years of oppression (felt for 150 by us Hungarians) also appears in the paintings. From this world of thought, these limitations much of the Turkish customs ingrained in the present, like the carved stone turbans of the cemeteries, and the life trees, and relics with Turkish symbolism and writings. Gravestones of 600 years I. lean on each other, imposing associations of great human emotions living on. The symbolism of Towers of Shumen stands as a witness to the declined Muslim world, representing the past in figurative order. A silhouette of an ikon touches the red sun, symbolizing the dying religion of Muslim. The artwork Sunset at the Seaside is also connected to a poem of Atanasz Dacsev. The grand bushes and trees of the seaside, the objects, and the sun and the night, the human faced wall of fire all gets anthropomorphized, one can see giants in the rocks, and human shadows in the clouds without the whole symbolism being offensively intrusive, or the reality being poisoned by surrealism. So, this painting does not become illustrative but stays moderate.

In Égerházi’s paintings one looks for the spirituality of the Bulgarian history incarnated in our present, an identity still strong after 600 years of Turkish oppression, the romanticism of the streets oozing with the culture of the ancient. Therefore, the mementos of the ruined city of Preslav fill with archaic notions, Madara’s arabesques of stones. Shumen’s culture also has fragments of Hungarian history: the campaigns of Hunyadi, the lost battle of Varna, the 100-day visit of Kossuth in the city, and the house he resided in (which since became a museum). Égerházi sometimes amasses these, but at the same time puts them in order, not as something illustrative but rather a uniform and internally felt poetic experience. Elements of this atmosphere are kept on a leash by a strong structure. Like in the atmosphere of Blooming is kept together by a few ribbons of lines, or in Sunset at the Seaside where graphically it is divided into parts, and in Turktown in Shumen he goes into details, and Preslav ruins he operates with gradients parted by geometry. The vision of Égerházi is primarily graphic, scale related, but at the same time gradients, from his rich interior, are locked between lines. And exactly this uniform character, this style leaning into romanticism, the representation or “feeling out” the pictorial structure is what sometimes becomes one-sided. Égerházi utilizes the cleanness of picturesqueness, his brush creates sensitive and arrested color compositions, but surely his creations would benefit from using more colors besides his basic choice of warm browns, resulting in somewhat toning down the structure of his art and, at the same time, raising it.

All this could lead to the advancement of his pictorial and graphic style, alas his artistic present, as said by Ervin Tamás, is also “represents an artistic culture of something that matured for a long time and based on the deep knowledge of the self.”

Balance of colors and contours

Exhibition of Imre Égerházi in Debrecen
(Article from Közalkalmazott by Dr. Ervin Tóth, published on March, 1976)

At the exhibition organized in the Great Hall of the University of Agricultural Sciences of Debrecen, the painter Imre Égerházi presented oil paintings and monotypes based mainly on his travel experiences in Bulgaria. But not only did the beauties, historical past and architectural monuments of the Bulgarian landscapes preoccupy his imagination, but he also captured in colors and lines the emotional world awakened in him by the poems of Atanas Dalcsev. This is expressed, for example, in the House of Hojsa in Shumen and in Sunset at the Seaside. But associations are also evoked in him by tombstones in old Turkish cemeteries, the geometric forms of Preslav ruins, and relics decorated with old Turkish motifs and inscriptions. The symbolism of the Towers of Shumen, the witnesses of the sacrificed Muslim world, evoke the past in a symbolic order. Égerházi keeps the atmospheric elements in check with a strict structure. The atmosphere of the Spring opening is enclosed by a few line stripes, but the strong graphic articulation can be seen in most of his works. His vision is primarily graphic in nature, but he enriches the colors enclosed in these lines with subtle degrees of transitions. His color is based on the rich transitions of brown colors. His path leads to a certain degree of relaxation of the structure and a stronger fulfillment of the colors. All this certainly represents a further step forward in his culture of painting and graphics, the present of which, quoting the words of Tamás Ervin: “testifies to a demanding art that has matured for a long time.”

In Debrecen, not only the artwork of Égerházi is appreciated, but also his efforts to raise visual literacy with his exhibitions and guided tours in factories, houses of culture and clubs. 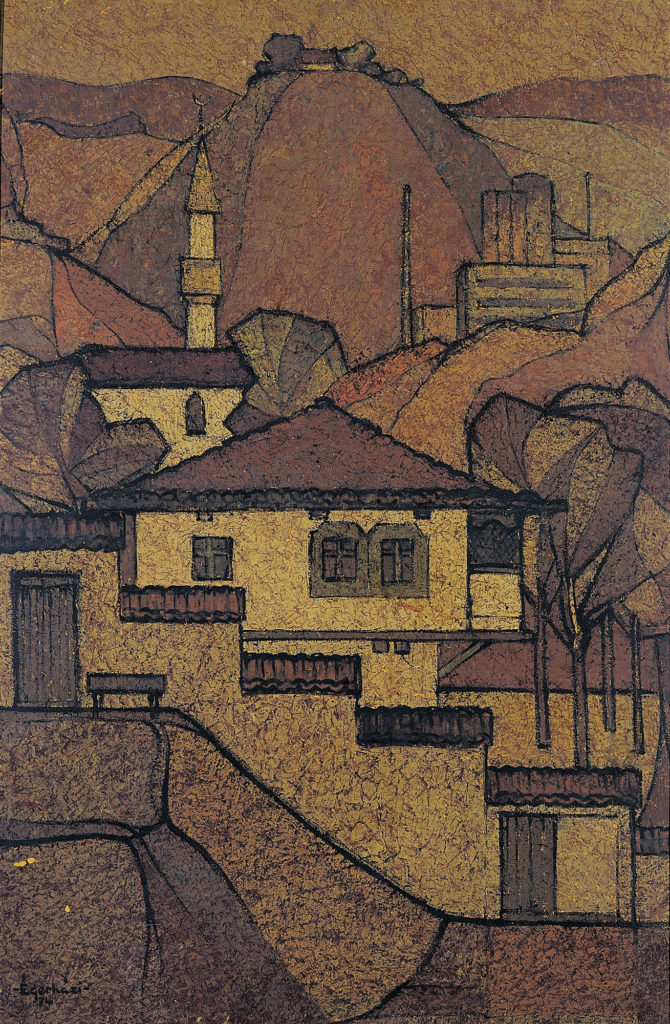 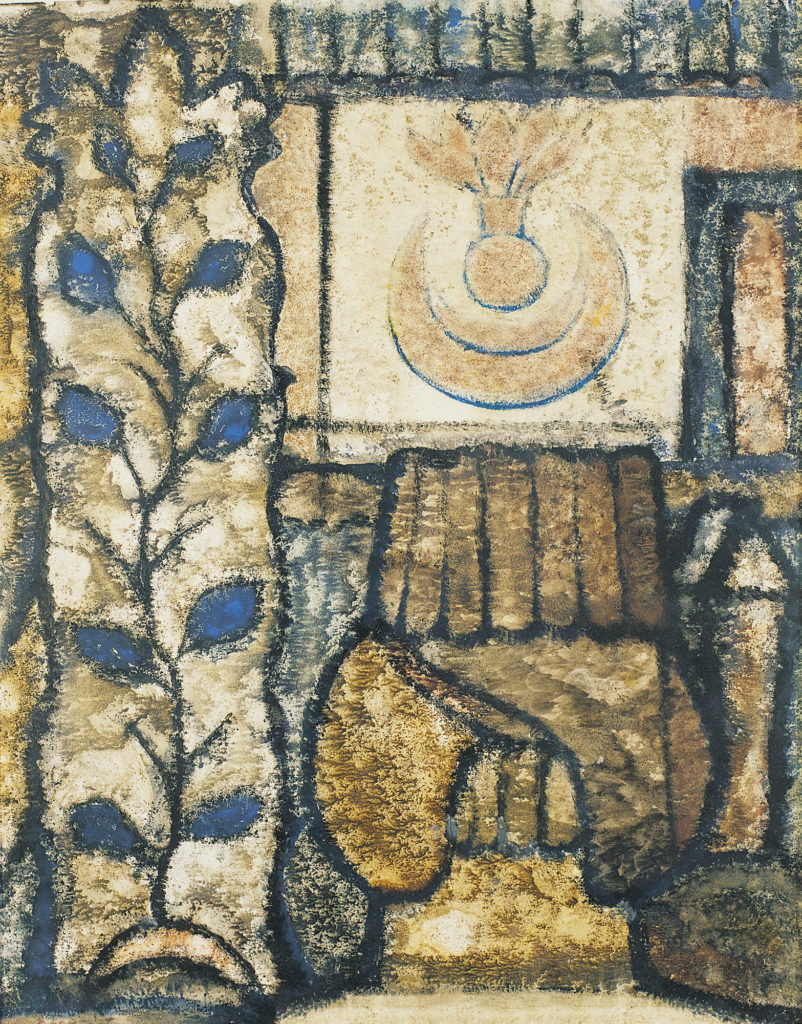 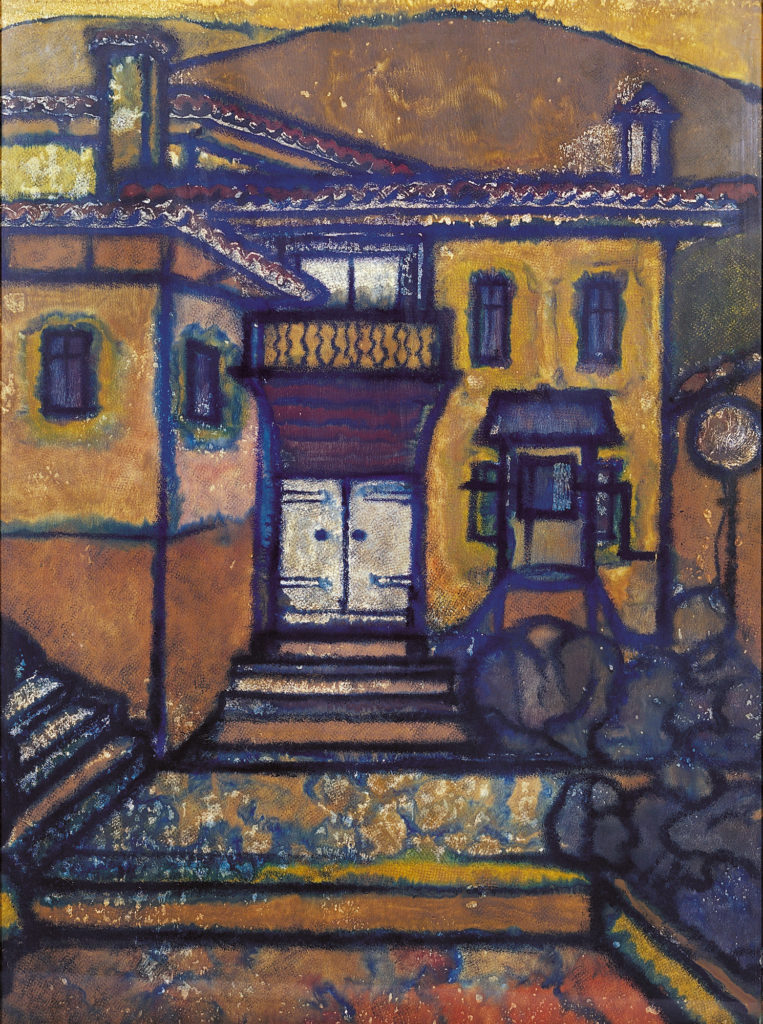 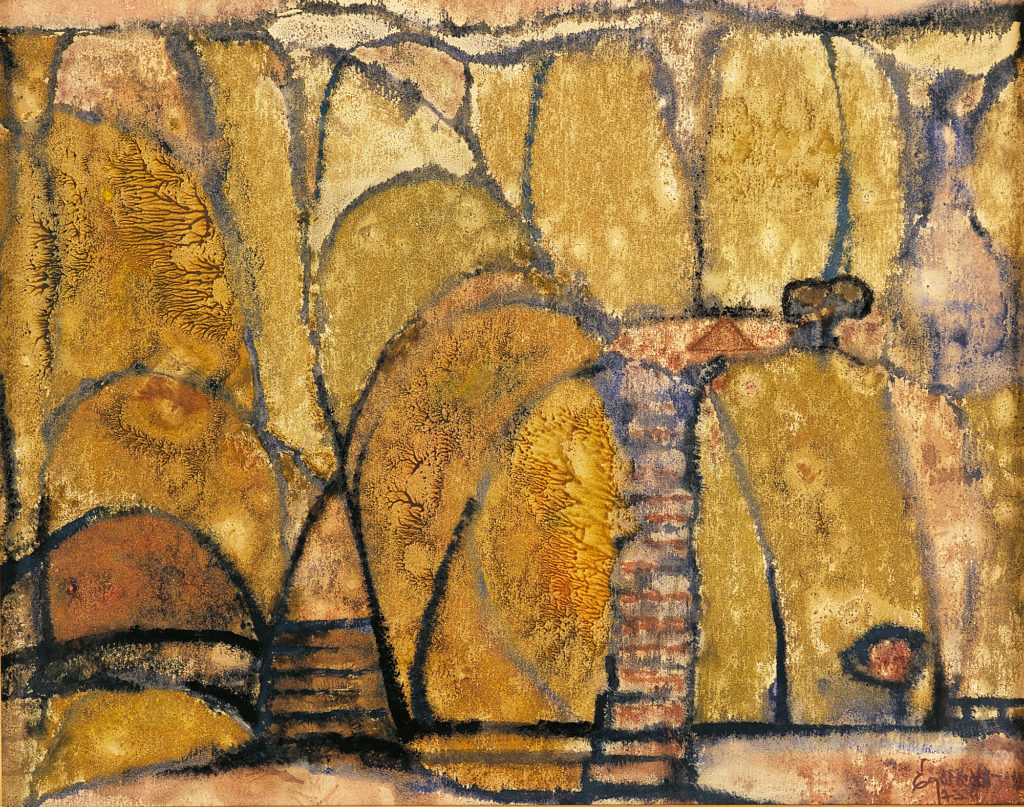 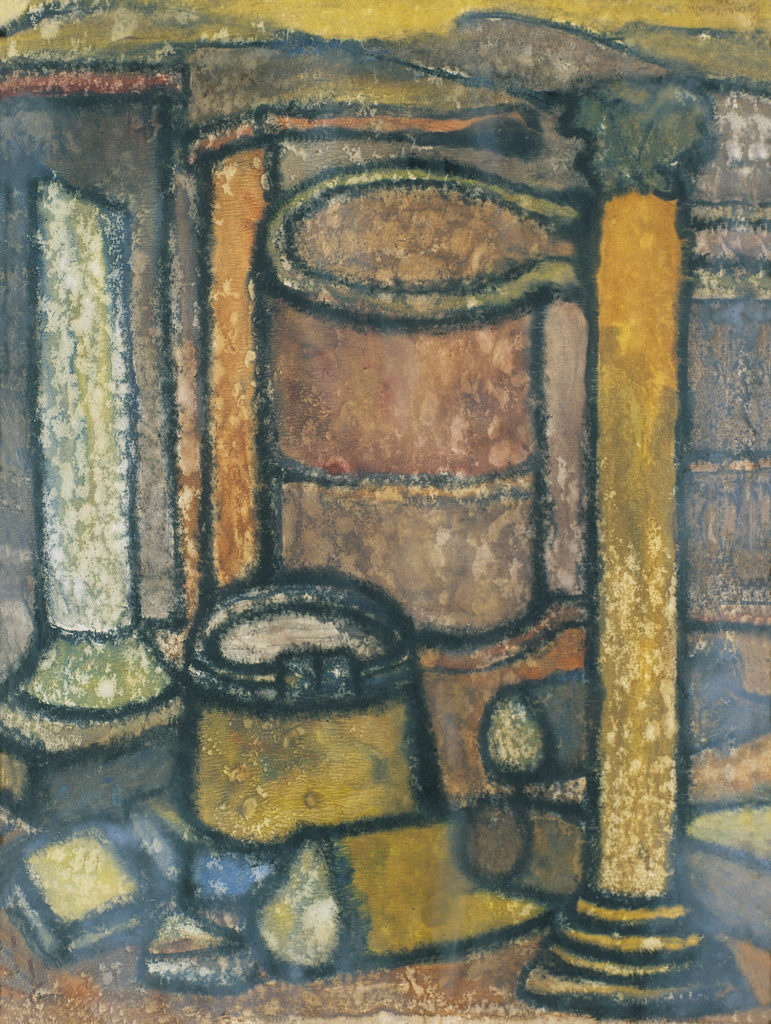 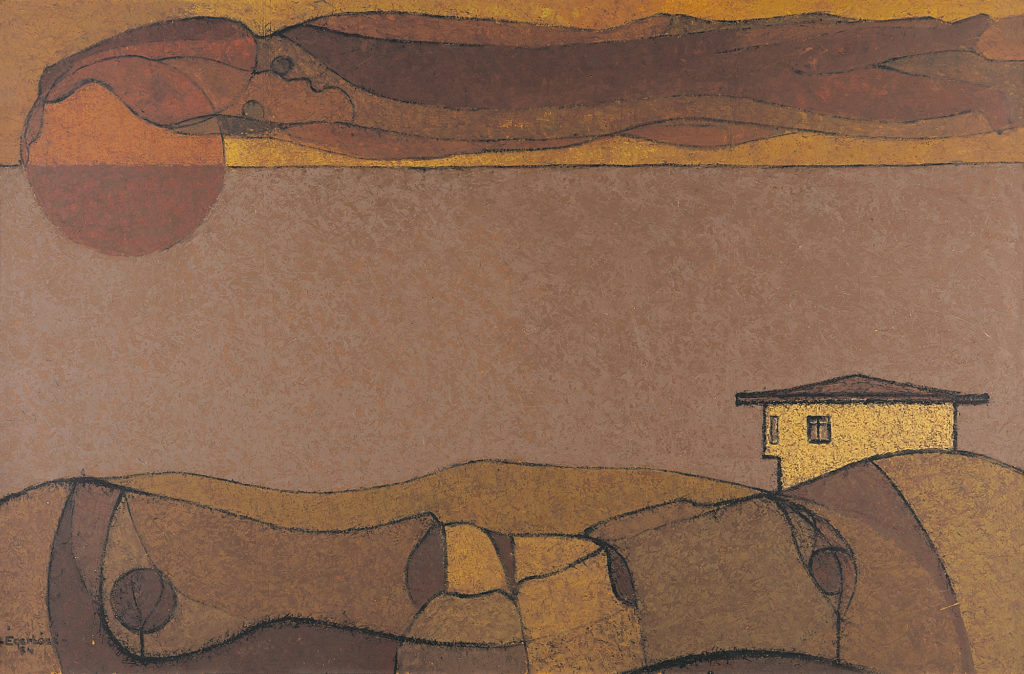 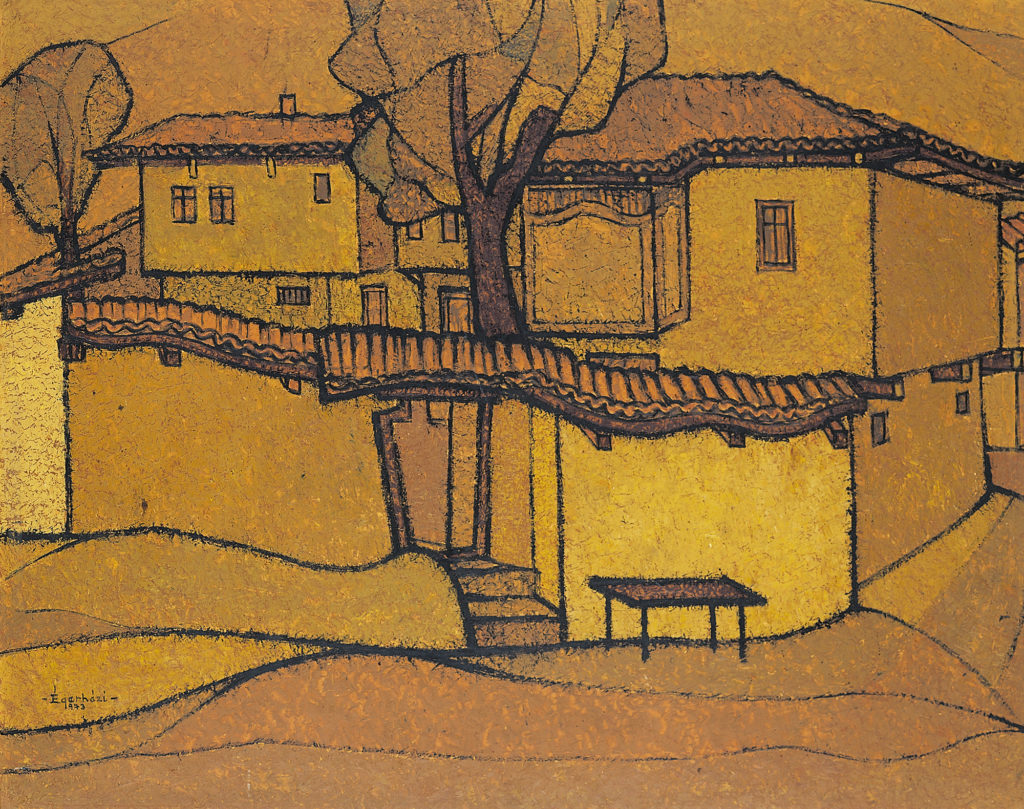 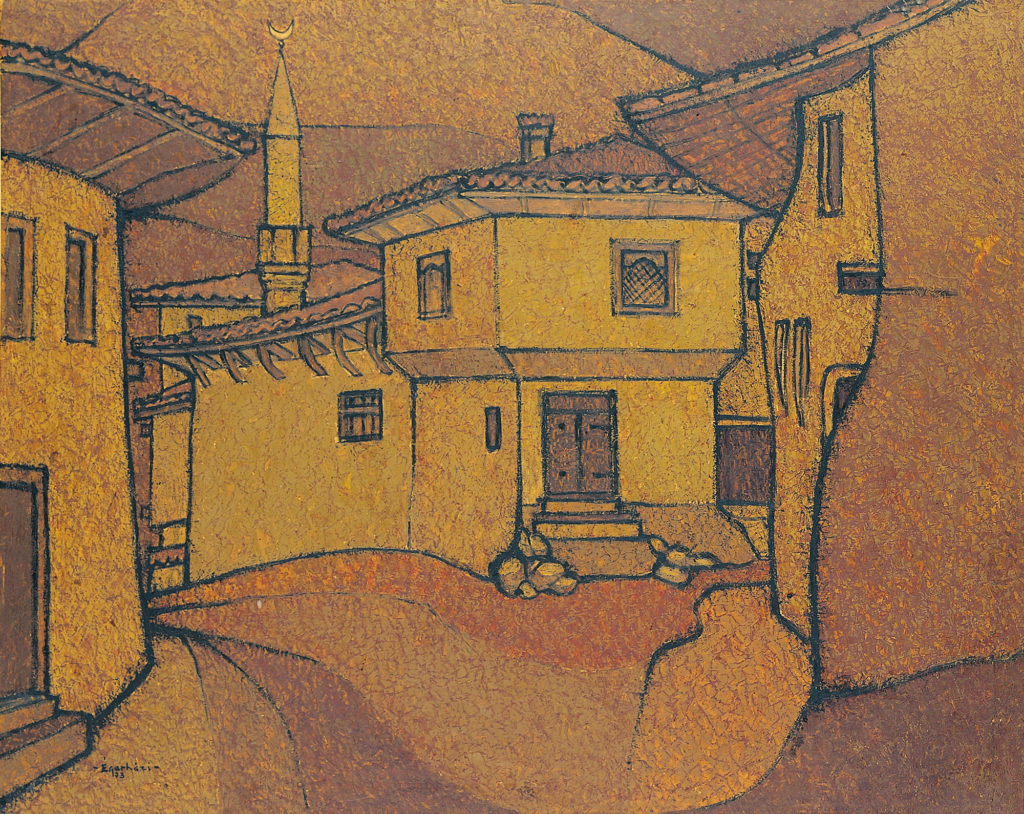 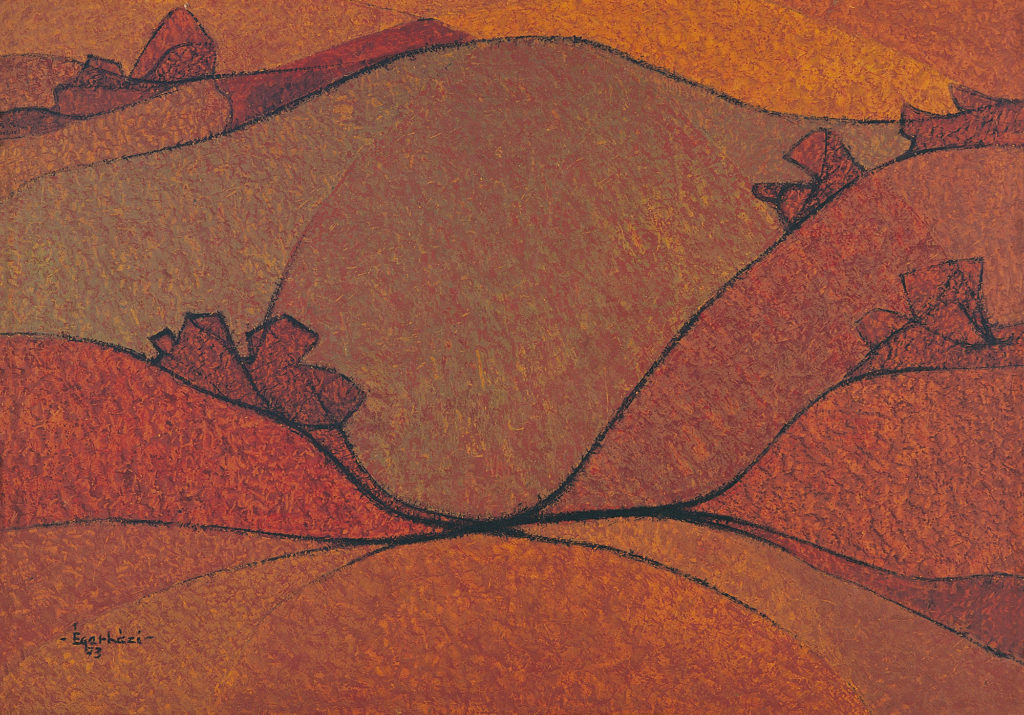 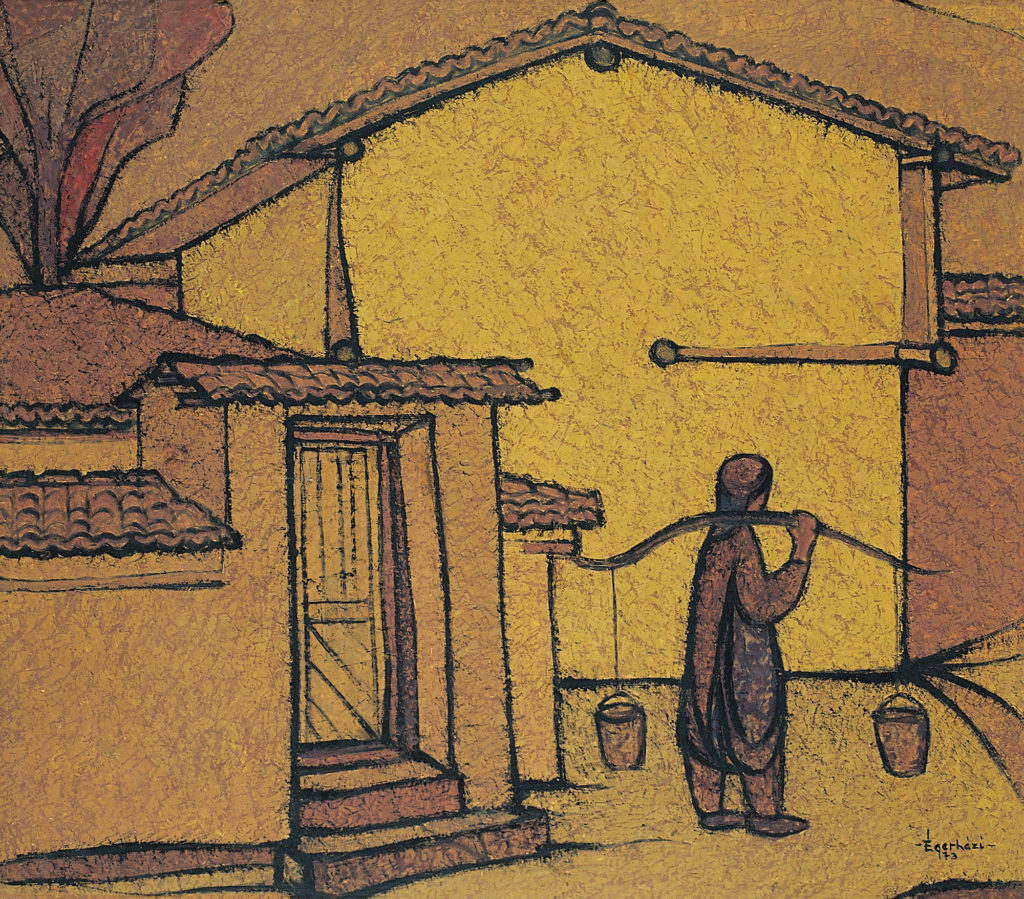 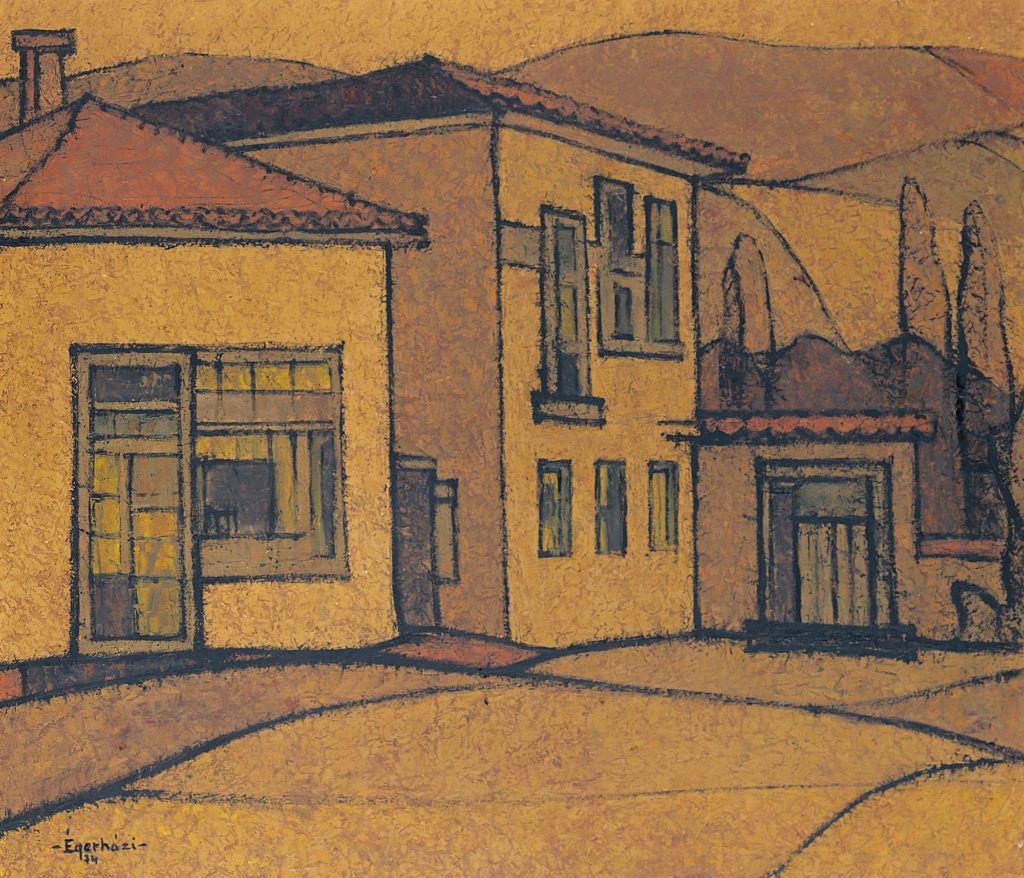 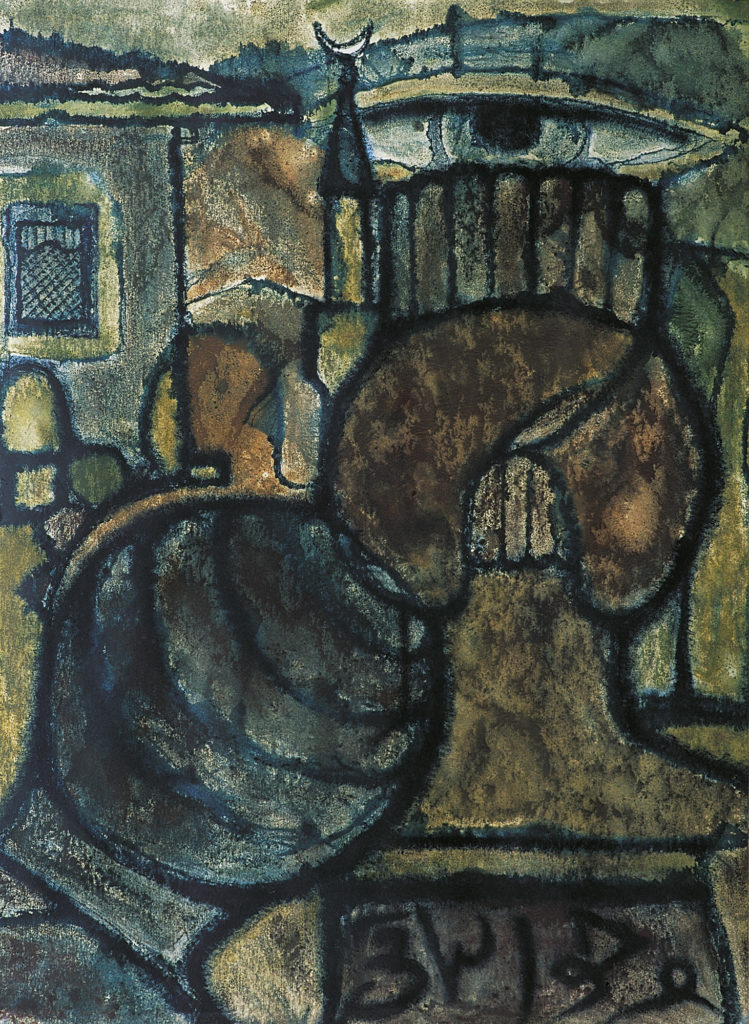 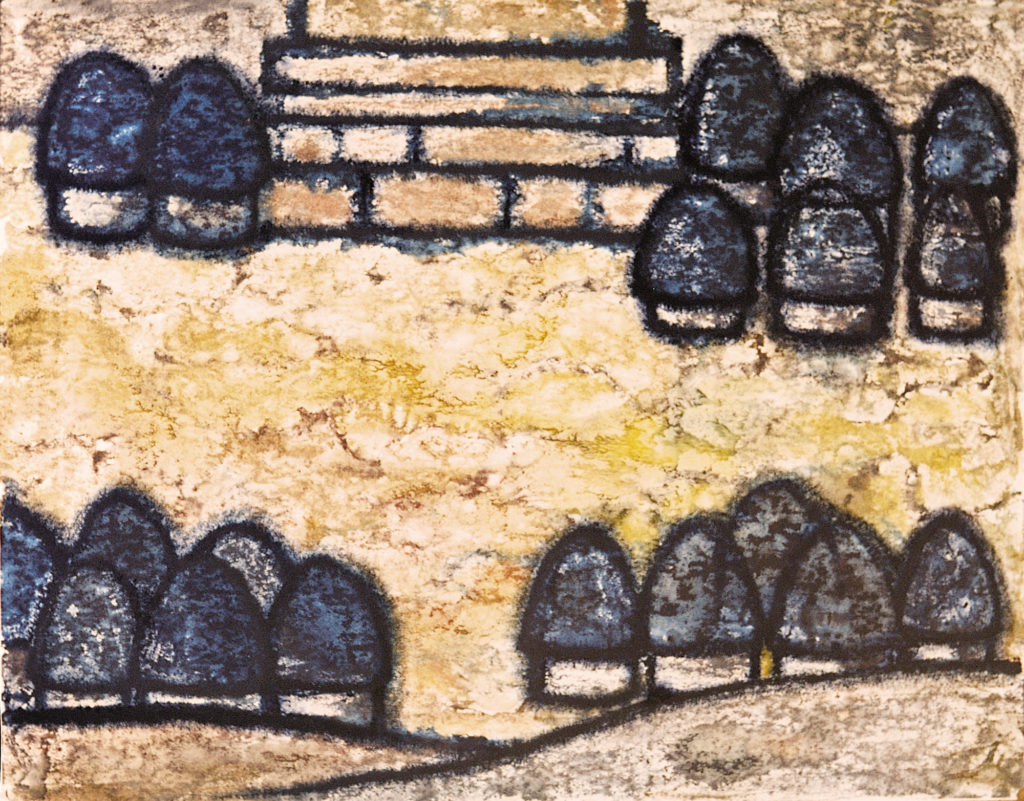 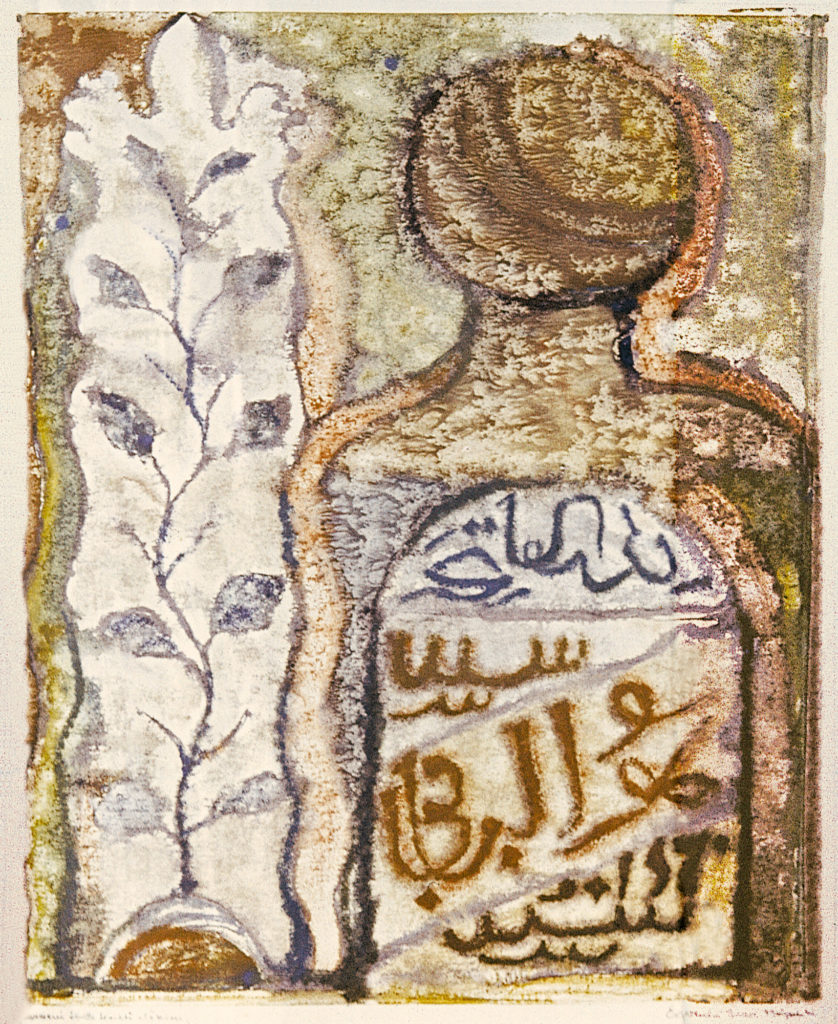 Features of Turkish cemetery in Sumen 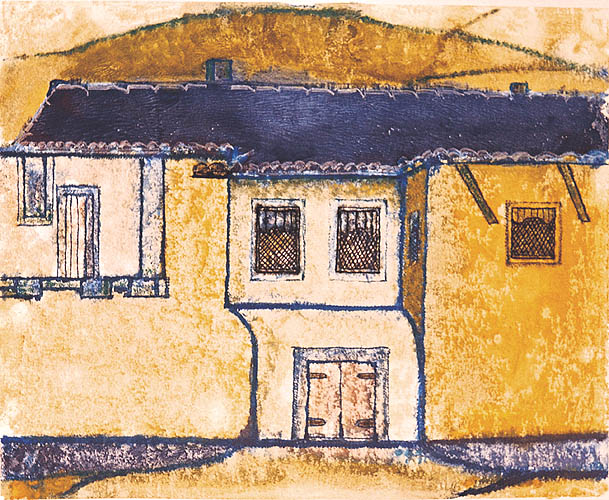 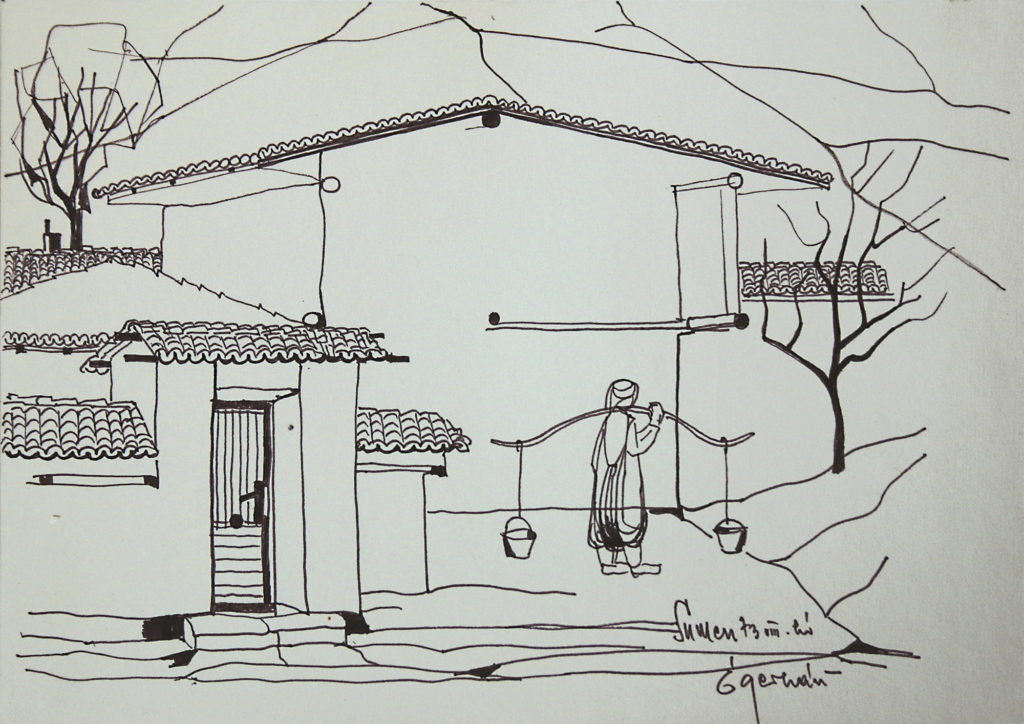 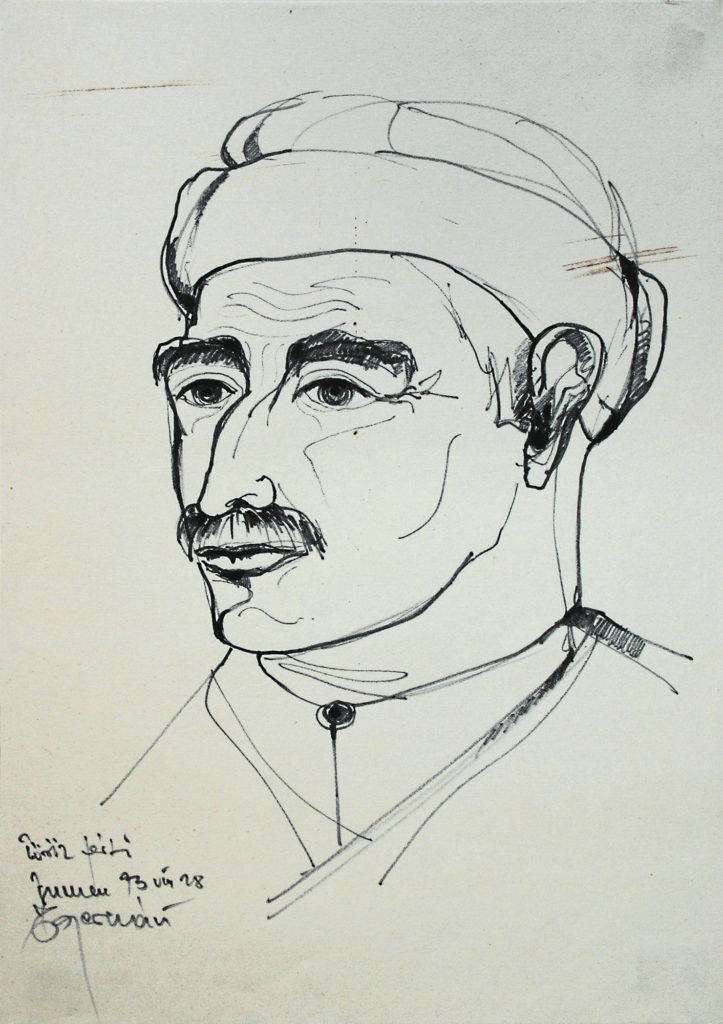 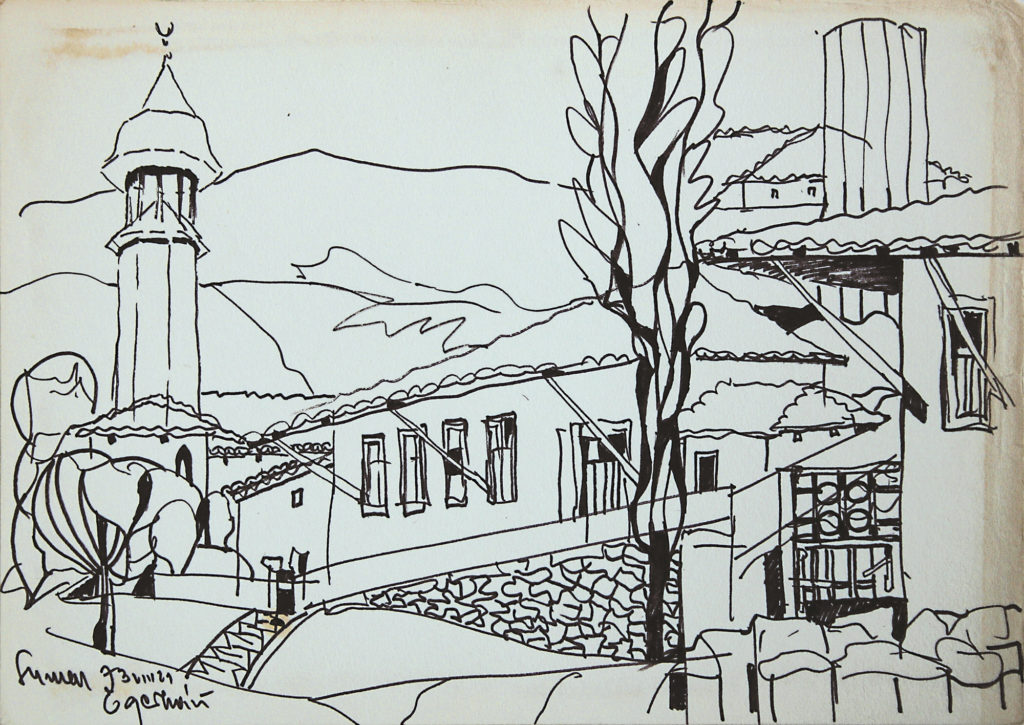 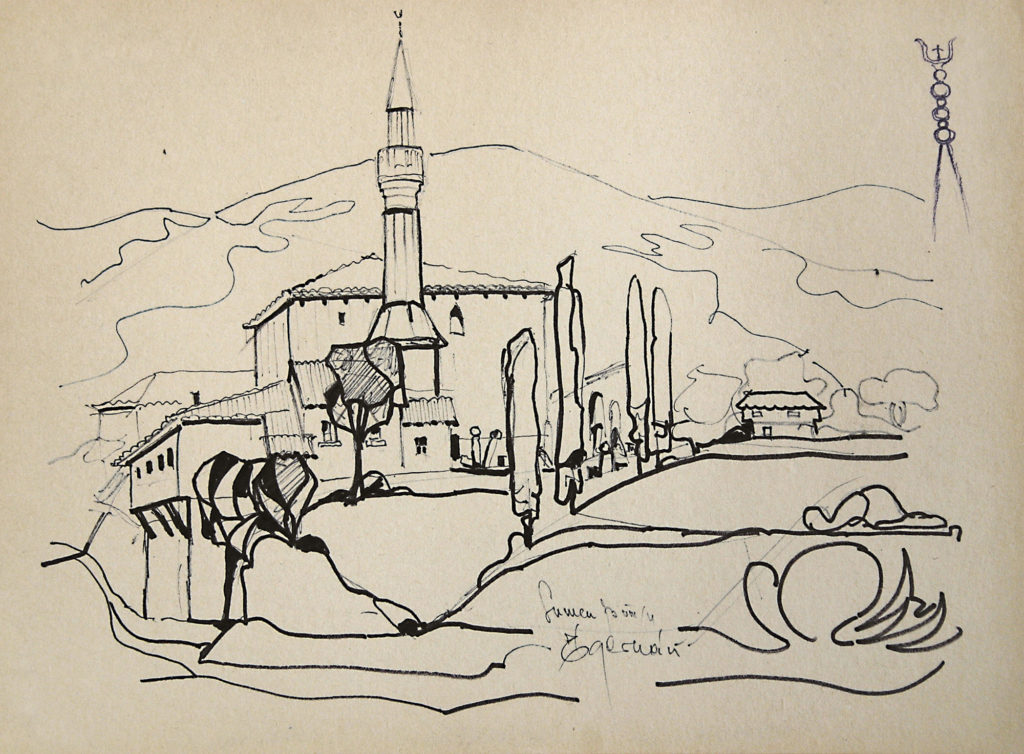 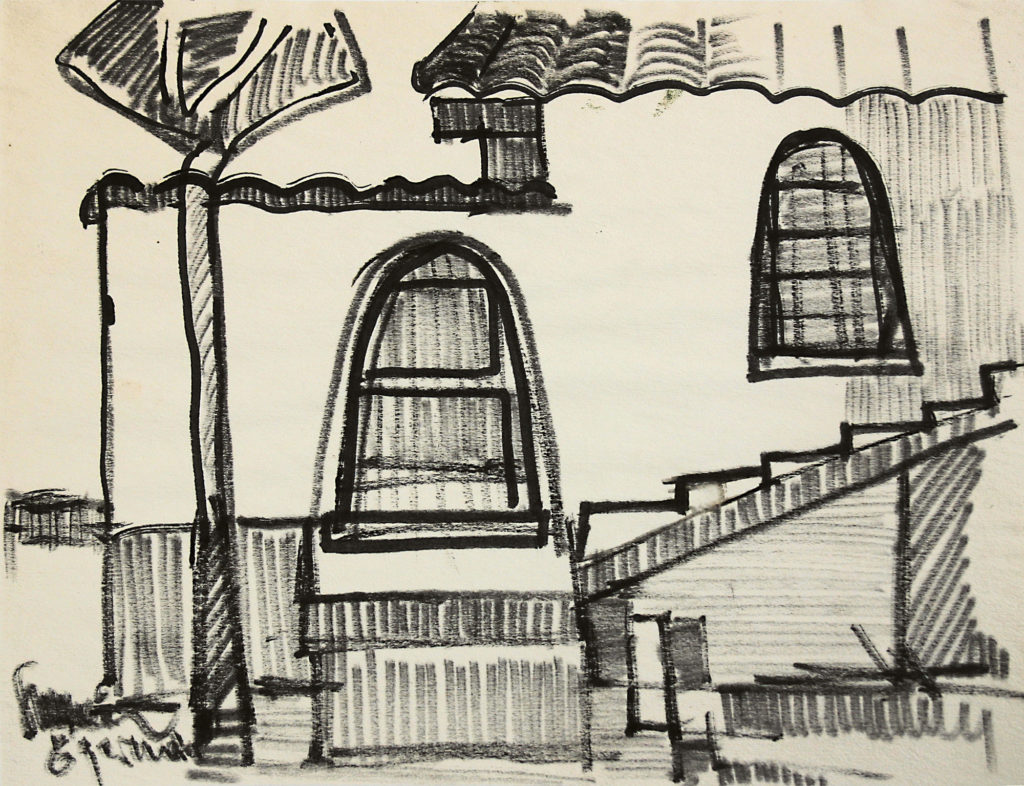 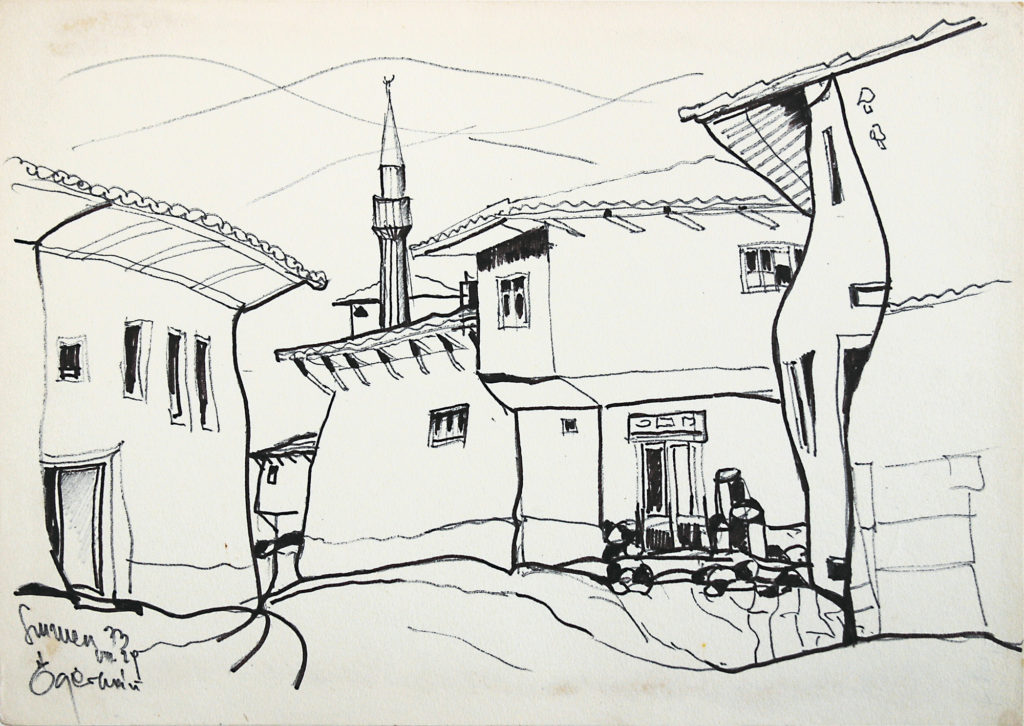 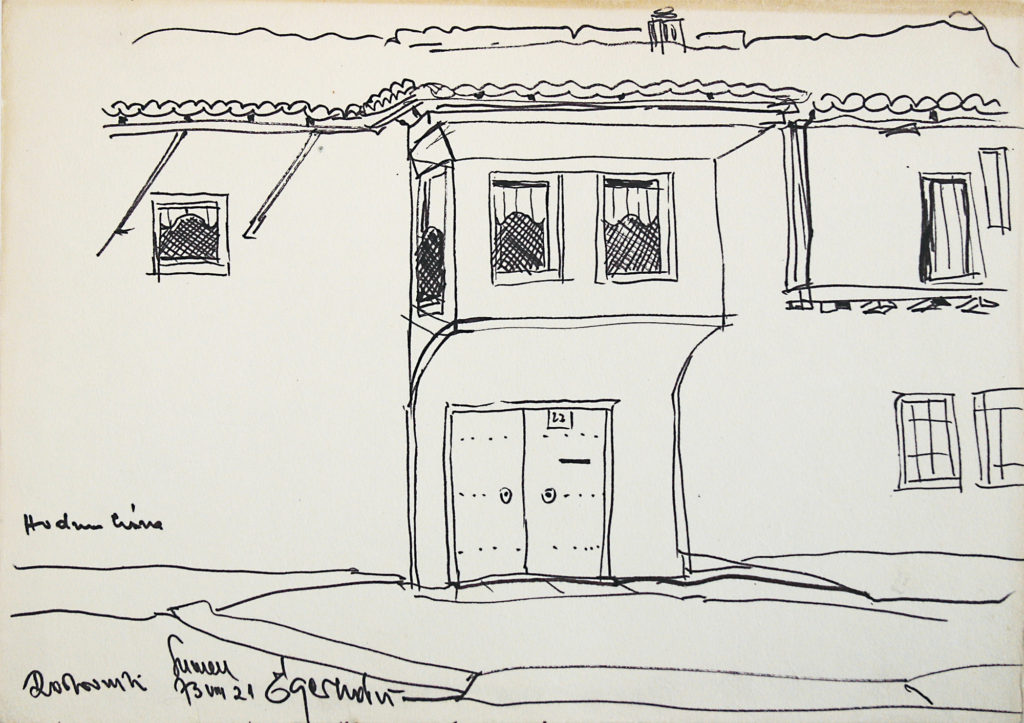 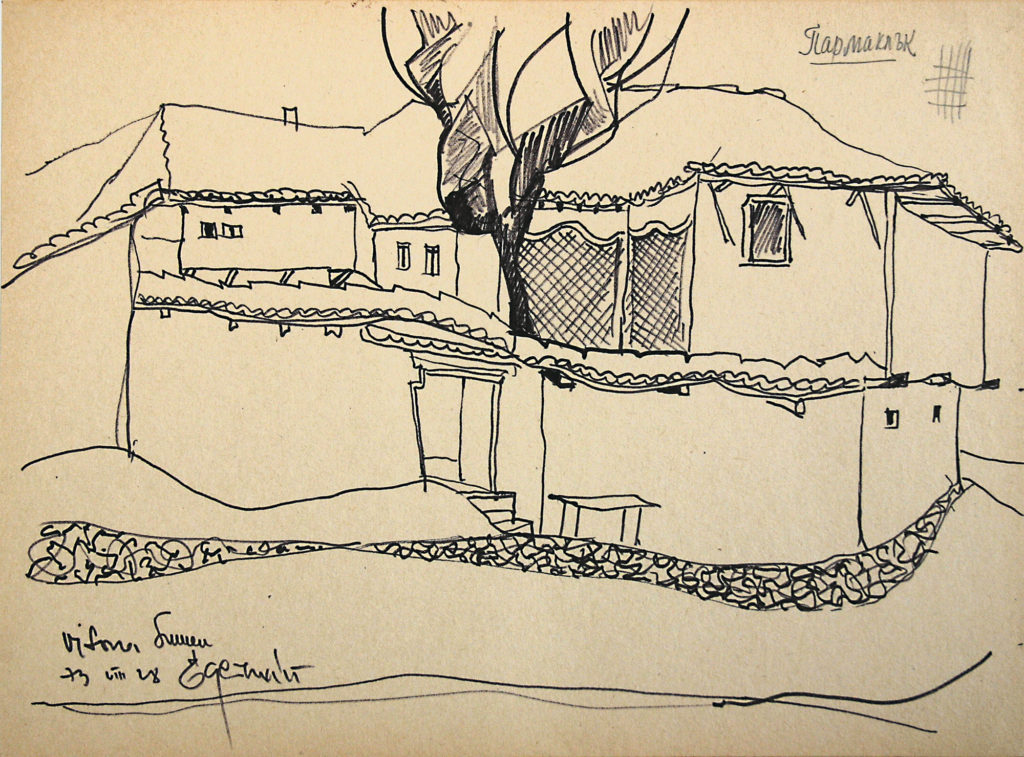 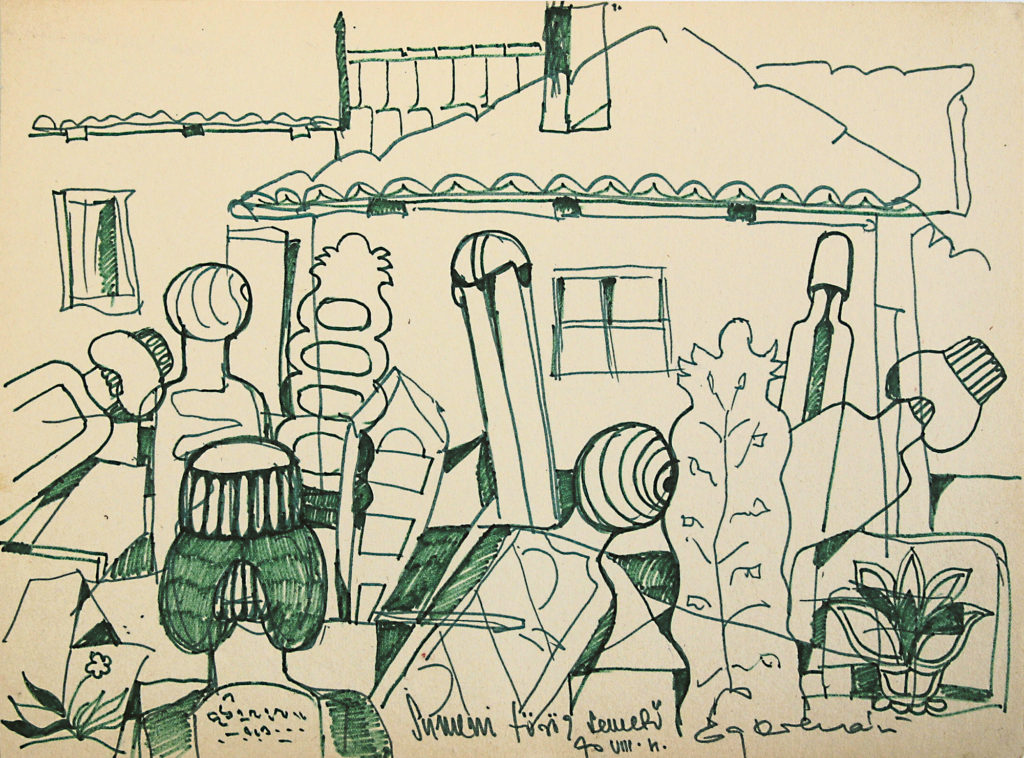 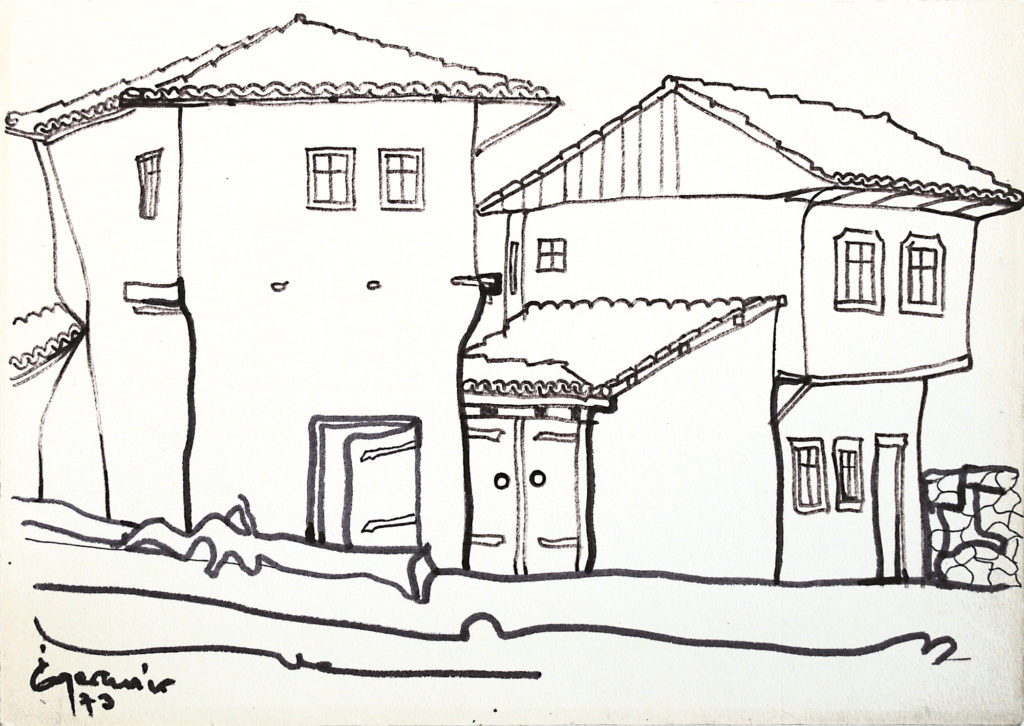 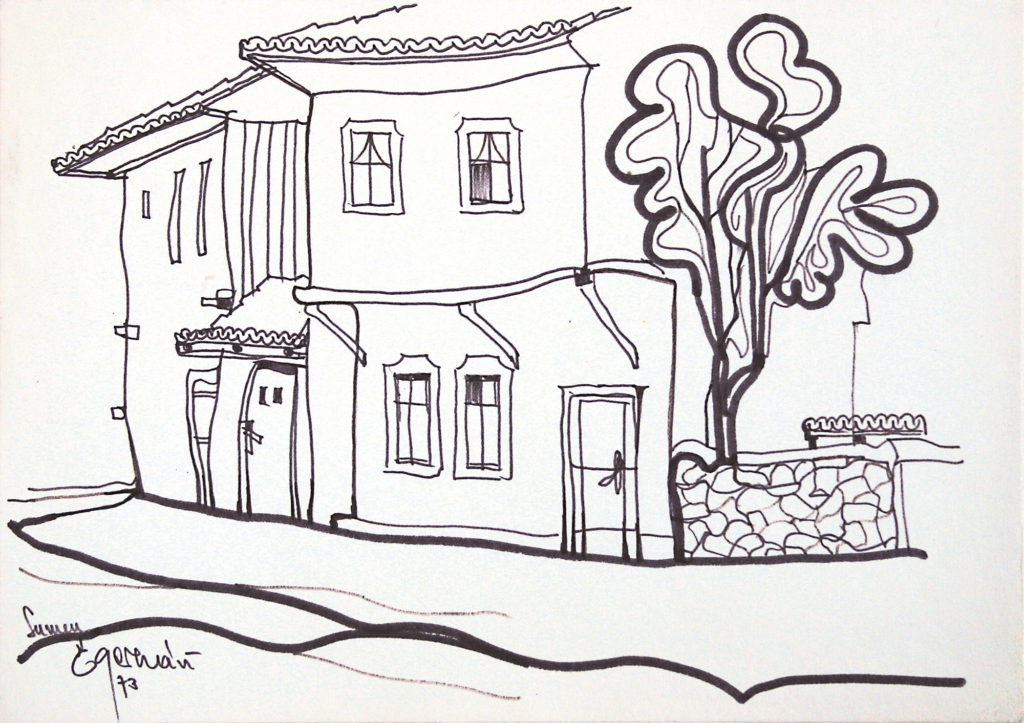 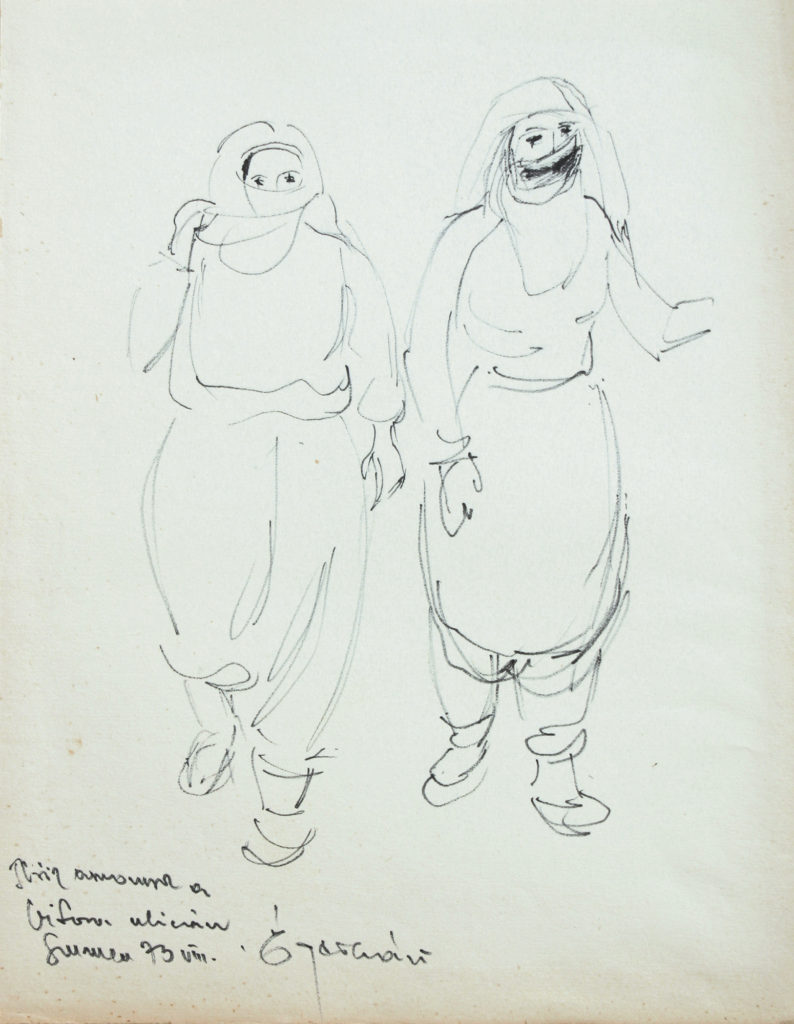 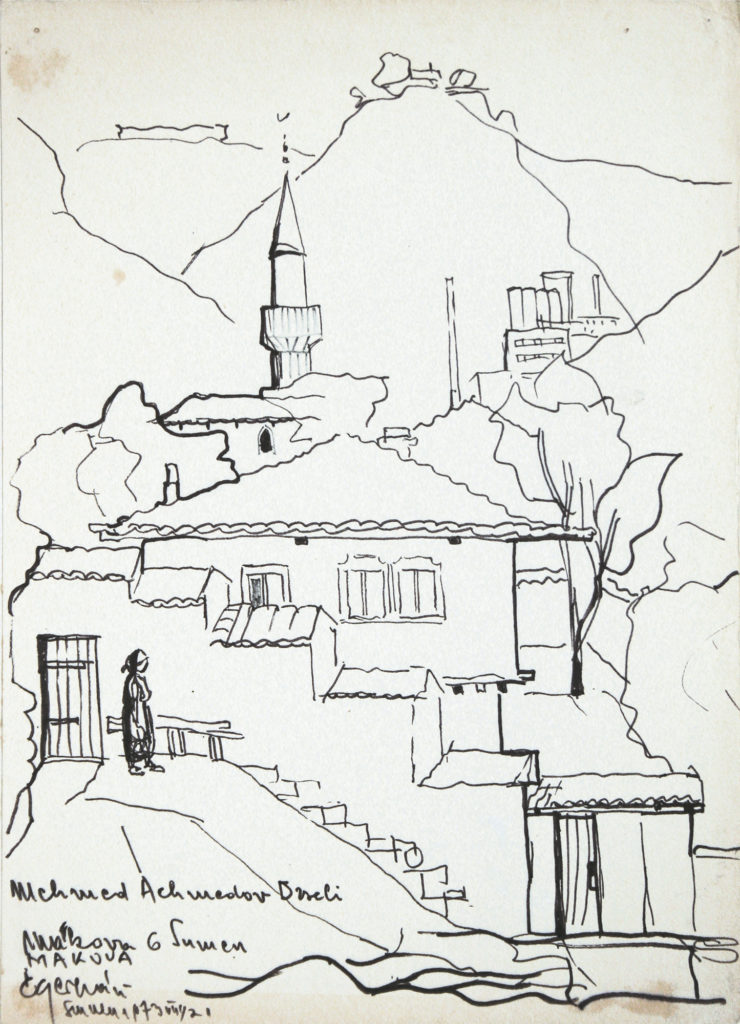 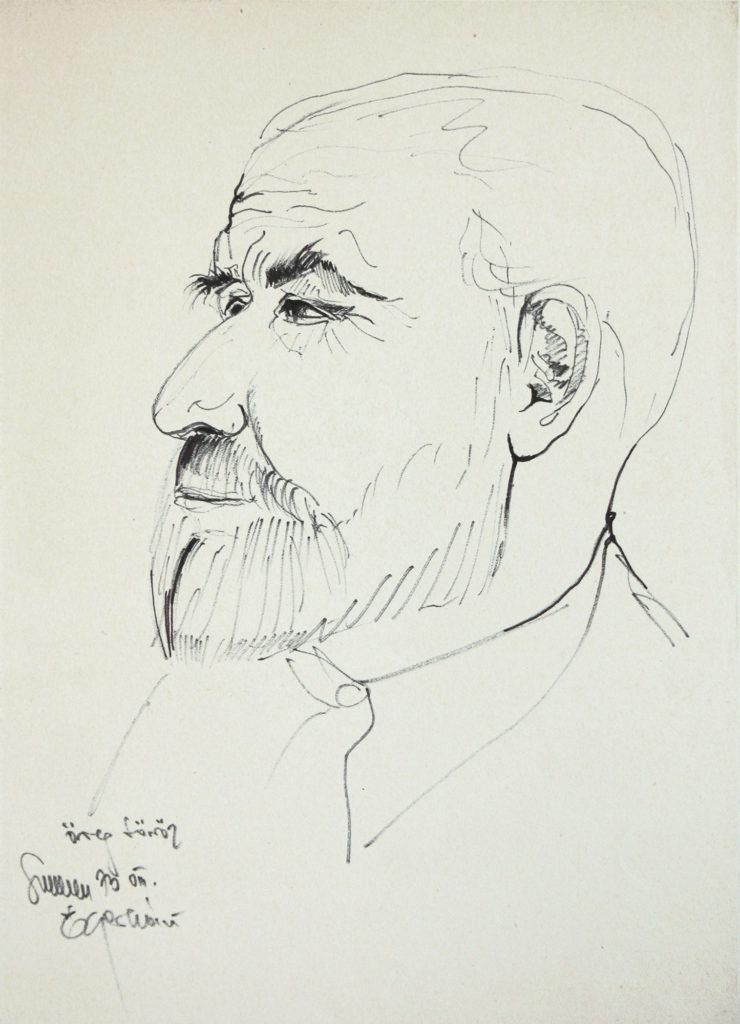