He relentlessly worked to channel his homeland into the domestic and international art world – leveraging the colorful palette of his art and his undepletable energy. He led and contributed to the launch of art communities and creative camps, single handedly taking on the multitude of tasks that came along with it. He became the spiritual leader of creating such art formations.

In 1964 he was a founding member of the Hajdúböszörmény International Artists’ Colony, where he worked for thirty years. For twenty years from the early 1970s he took part in the Working Exhibitions series, which he led in its final ten years. In 1982 he re-established the Hortobágy Artists’ Camp. From the end of the 1960s until the year of his death he was the most prominent Hungarian patron of Hungarian artists beyond the borders. Before the fall of communism, on several occasions he personally invited to the two colonies Hungarian artists from neighbouring countries; in the face of the authorities of the time, this was at no small risk to him personally. He helped these artists by providing tranquil surroundings to work in, the opportunity to exhibit and establish contacts, catalogues and financial support. He formed Hungarian painters, graphic designers and photographers into unique, open communities, which were joined by large numbers of artists from all over the world.
In this way Hajdúság and Hortobágy became part of the international art world. As a result if his work at the art colonies and the quality of his art, Imre Égerházi often received invitations from art camps abroad.
He regularly visited Gyergyószárhegy and Nagybánya (Romania). Other international art colonies in which Imre Égerházi spent a significant amount of time included the following: Szabadka/Subotica (Serbia); Grožnjan (Croatia); Dubrinics, Kamianka, Munkács/Mukacheve (Ukraine); Kazimierz Dolny, Lublin (Poland); Potsdam (Germany); Bessans, St. Michel (France). This list is not exhaustive. He went on study tours to several countries: Shumen (Bulgaria), Klaipeda, Neringa (Lithuania) and Jyväskylä (Finland). He received funding for some such tours from the city of Debrecen in recognition of his work and as further encouragement for his career.
In the 1990s he was elected honorary president of the French Association Les Européennes de l’Art en Thiérache. By the new millennium Imre Égerházi was regarded as one of the Alföld’s leading masters. He had gained great recognition in Hungary and beyond its borders for his art and his organisational work in the world of art.

It is notable – and of course natural – that most painters cling to their customary studio surroundings, easel and equipment (work table, palette, paints and brushes), fixed location, familiarity with lighting conditions, a handy kettle or coffee pot (for example). At the same time, most painters like to escape from the confines of the studio – especially those who in the 20th century made (and continue to make) a commitment to the 19th-century principle of plein air painting. And this escape can have two dimensions: on the one hand they re-acquaint themselves with familiar, easily accessible and mostly inexhaustible landscapes; and on the other hand they explore those more distant areas which can give fresh impulse and inspiration for the creation of new works. Imre Égerházi belonged to that special category of painters who found inspiration in all three working conditions. He loved his home and his immediate everyday environment, where he worked enthusiastically; he loved the experience of his homeland of the Great Hungarian Plain (Alföld), the visual world of which influenced him throughout his entire life; but he also loved to travel, to see foreign countries and landscapes, which always spurred him to paint endlessly new visions. Over many years he invited Hungarians from beyond the borders and foreign artists to his beloved Alföld, and accepting invitations in return he also travelled a great deal. These pictures of his are remarkable for always strongly conveying the visual quality of the given landscapes and environments, but never abandoning in favour of the effect of a new experience the individual, delicate, warm-toned, finely-textured, intimate visual conception that he had created. It was always clear that new landscape experiences affected him strongly, and it was always clear that personal experiences formed the core of his work, the so called “Égerházi painting”. 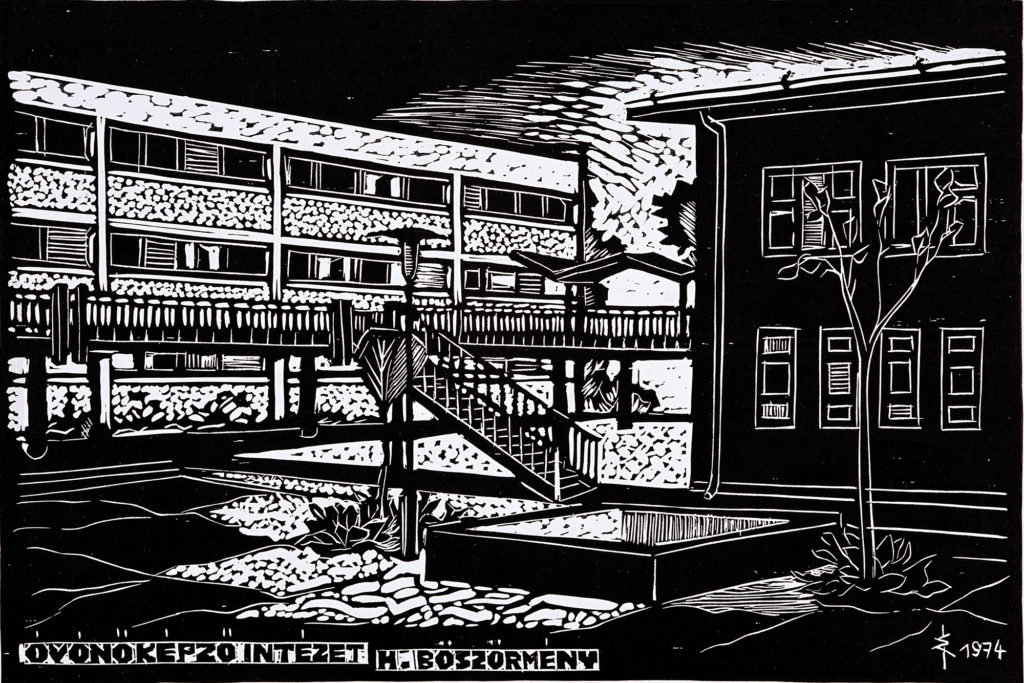 In 1964, a summer artist colony of professional and amateur painters was organized for the first time in Hajdúböszörmény. Its leaders were Lajos Bíró and György Zilahy, then Lajos Szlávik. Imre Égerházi was also a founding member of the most significant Hungarian artists' colony in the era ended by the regime change. At the Hajdúböszörmény Art Colony Mid 60s The [...] 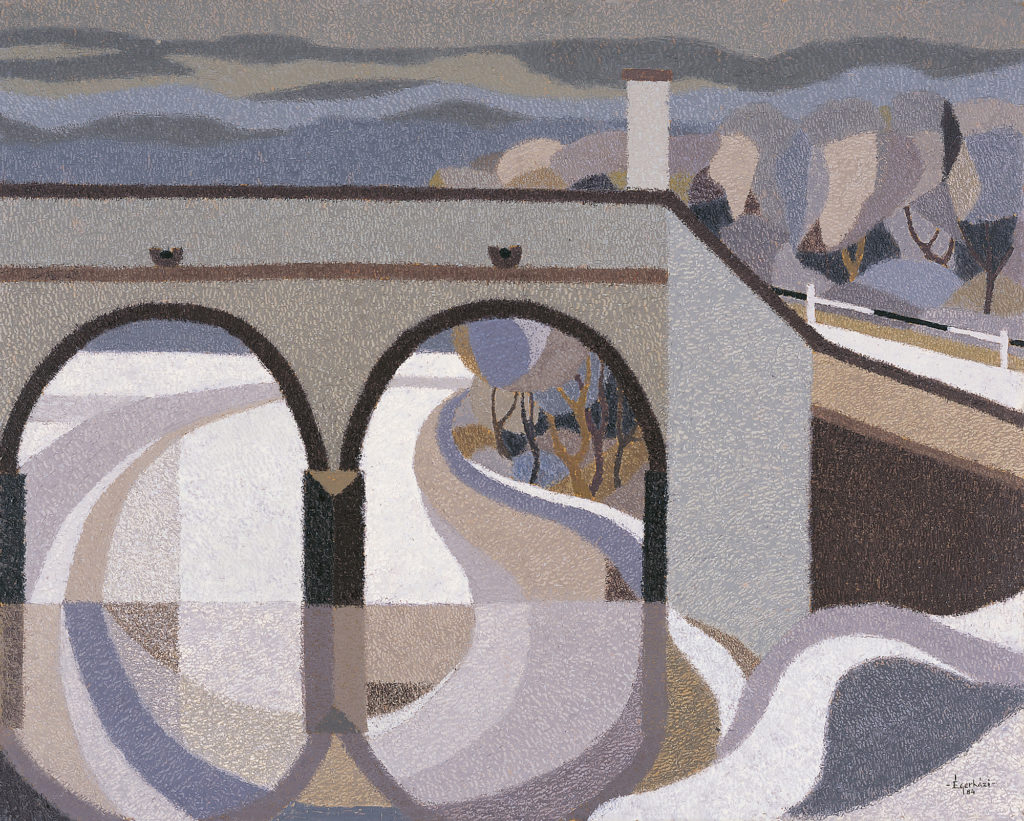 The landscape and ethnographic curiosity of the Hungarian steppe (the Hortobágy) were discovered by poets, painters, and lastly photographers, in the middle of the last century. János Kovács, Sr. and Sándor Wagner made a whole series of paintings between 1880 and 1890, and some of them ended up in Munich. As early as the Paris exhibition in 1900, depictions of [...] 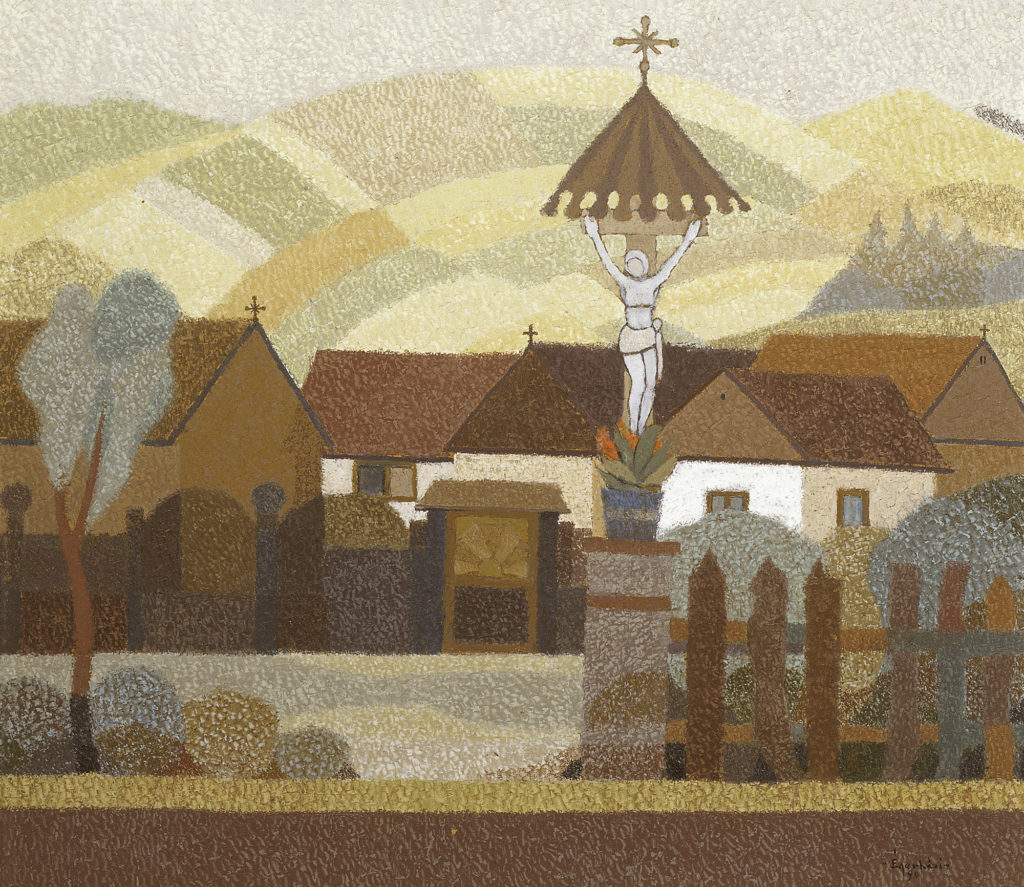 The Summer Creative Colony established in 1974, in the most beautiful part of the Gheorgheni basin. Every August, about twenty-five to thirty painters, sculptors and graphic artists are provided with accommodation and undisturbed work opportunities in the partially restored Renaissance castle of Szárhegy and the former Franciscan monastery. Lajos Zöld, a Csíki newspaper editor from Szárhegy, initiated the restoration and [...] 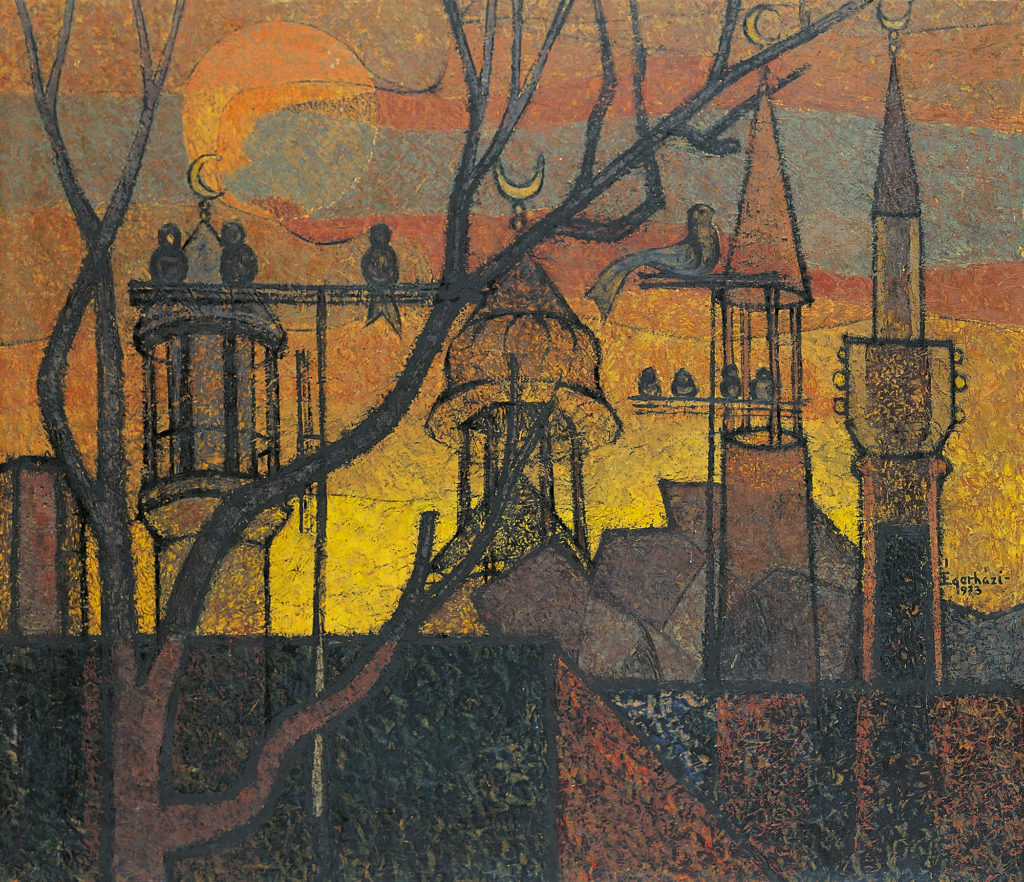 Artist exchange Published on August 3, 1973 in Hajdú-Bihari Napló Answering to an invitation by the Debrecen City Council, two painters from Shumen spent a month in the Debrecen Creative House, located in the breathtaking Nagyerdő. Due to the sister city status between Shumen and Debrecen followed an invitation from Shumen City Council for painters Imre Égerházi and Gyula Madarász [...] 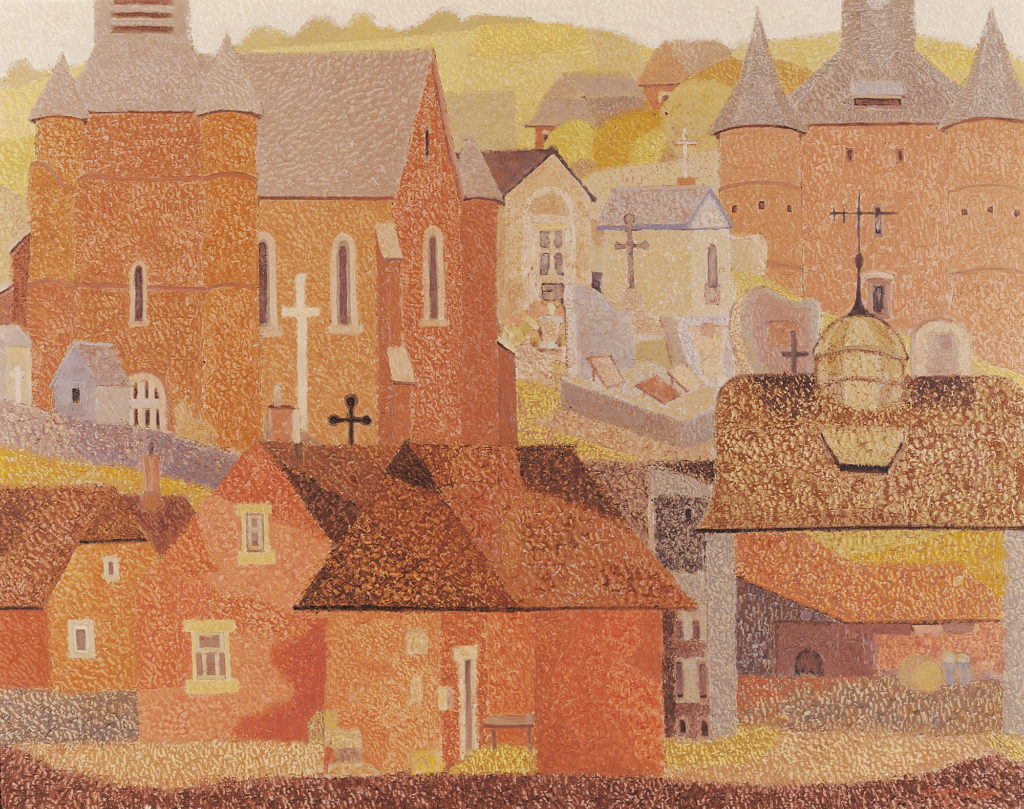 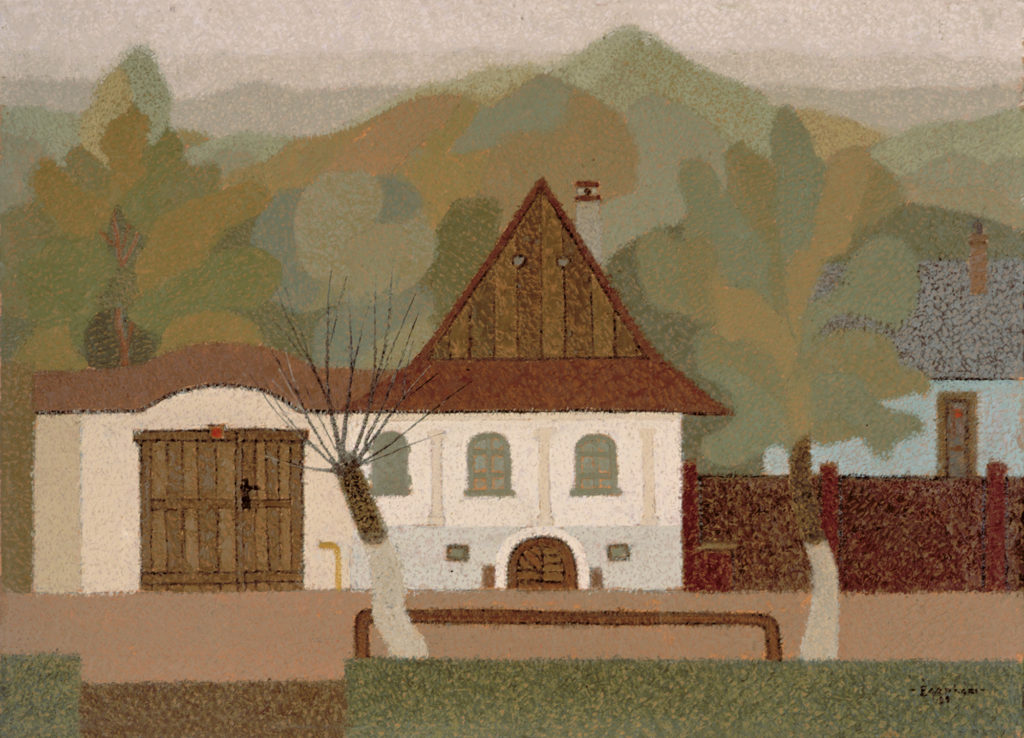 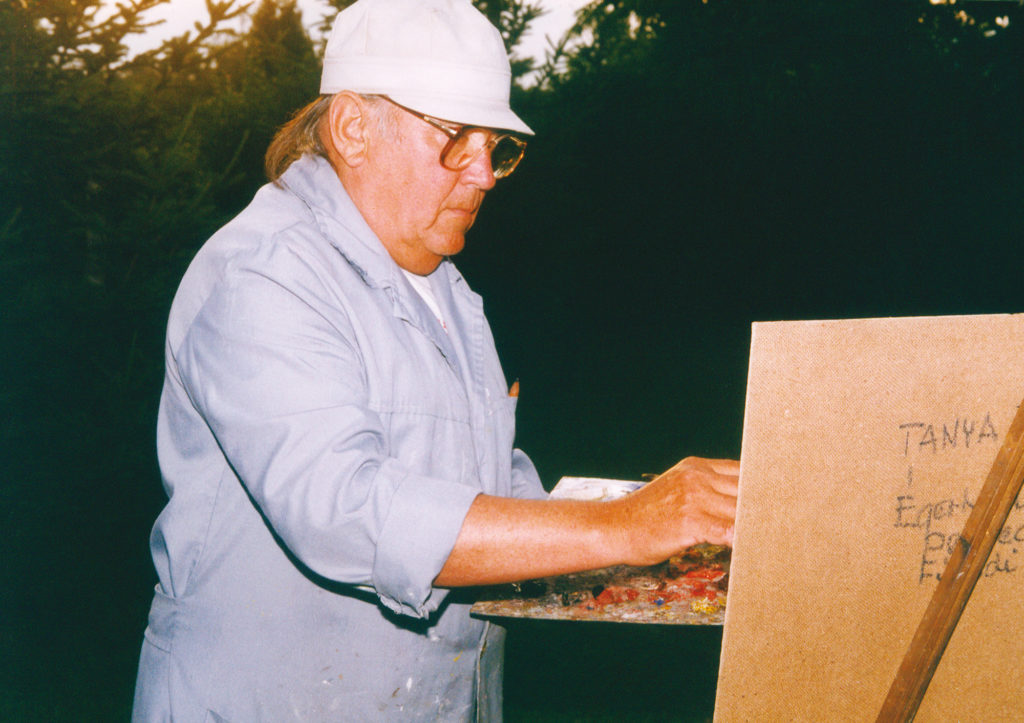 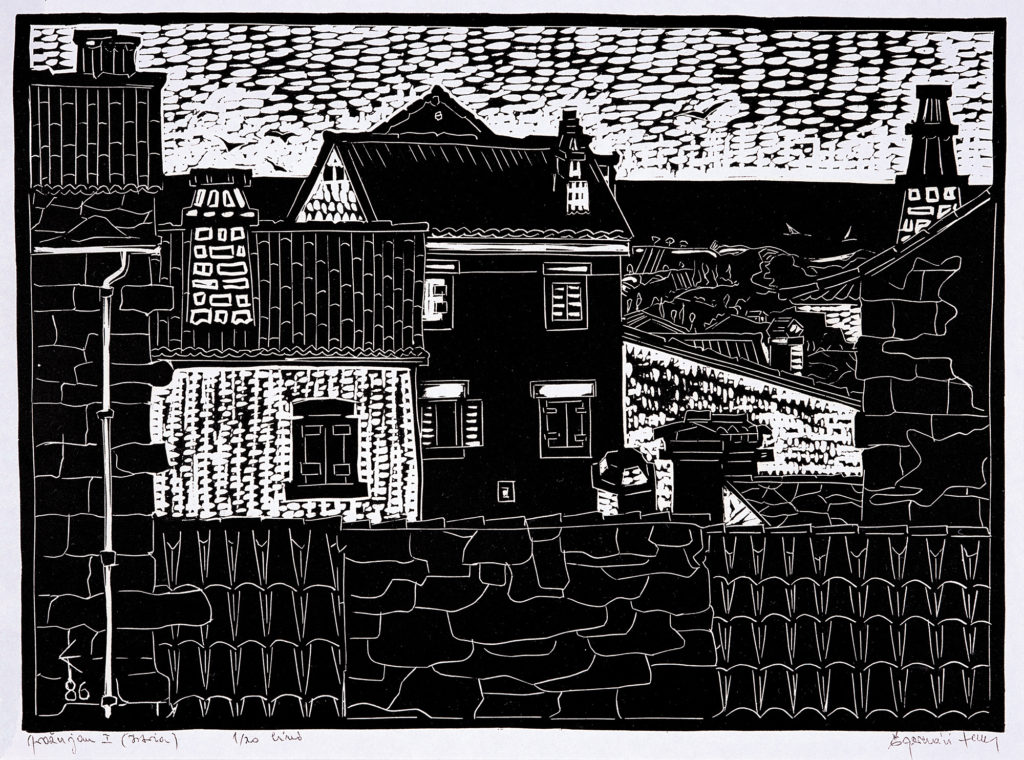 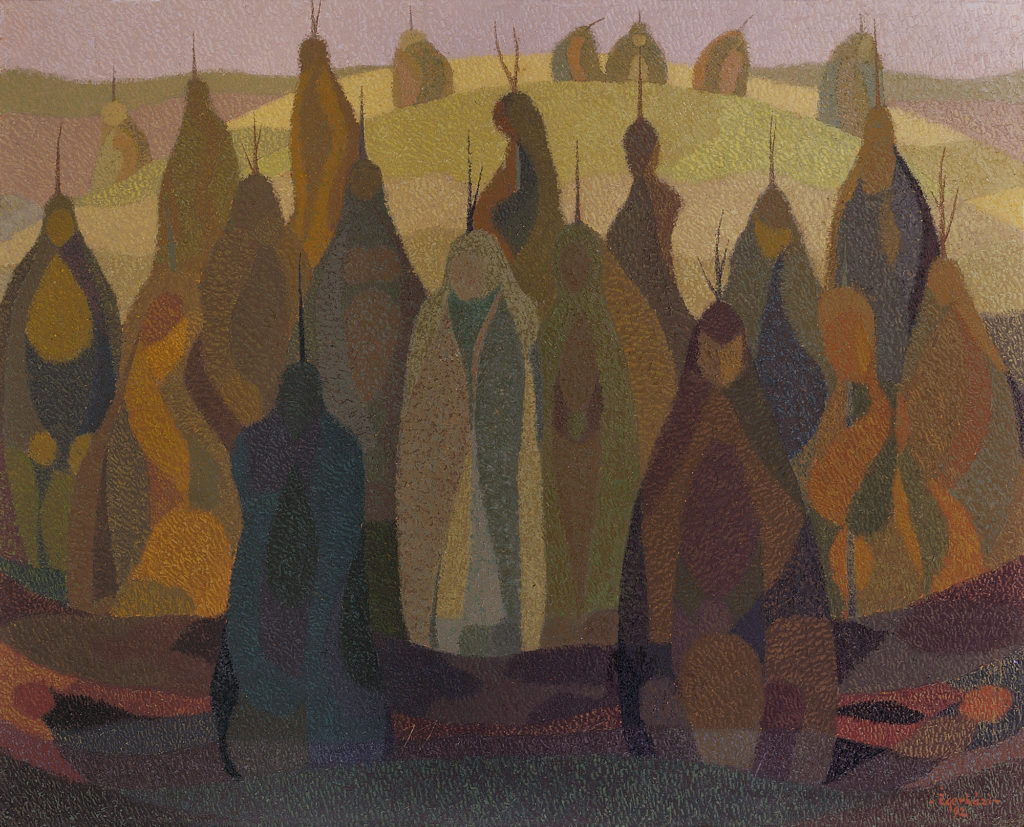 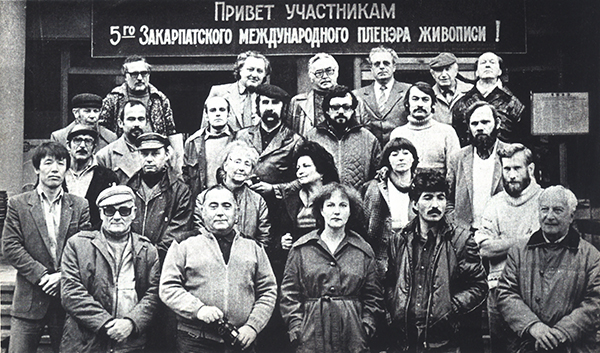 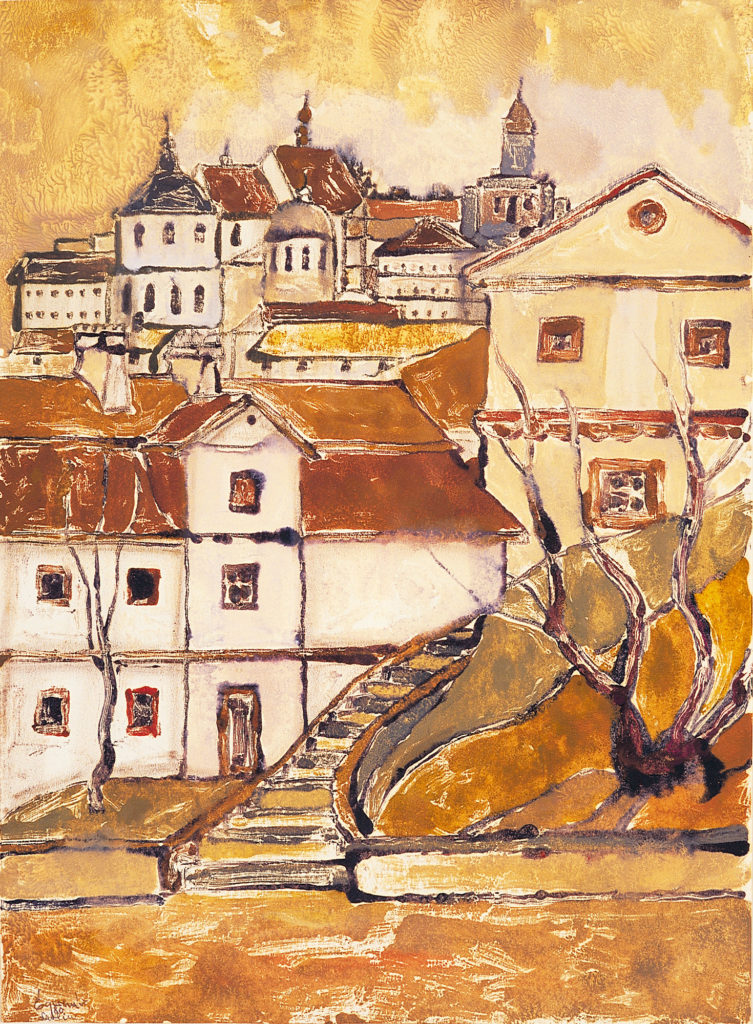 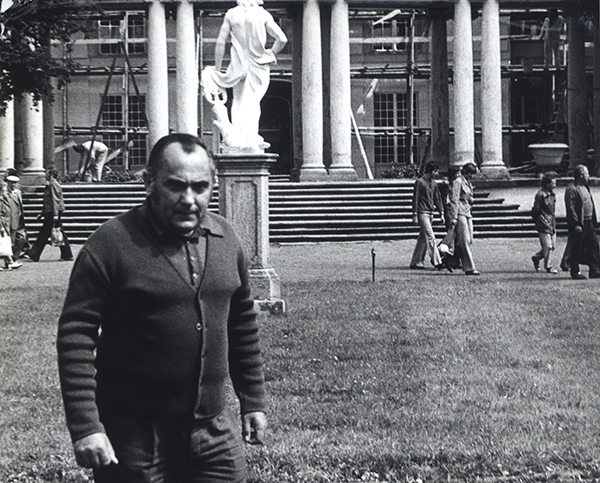 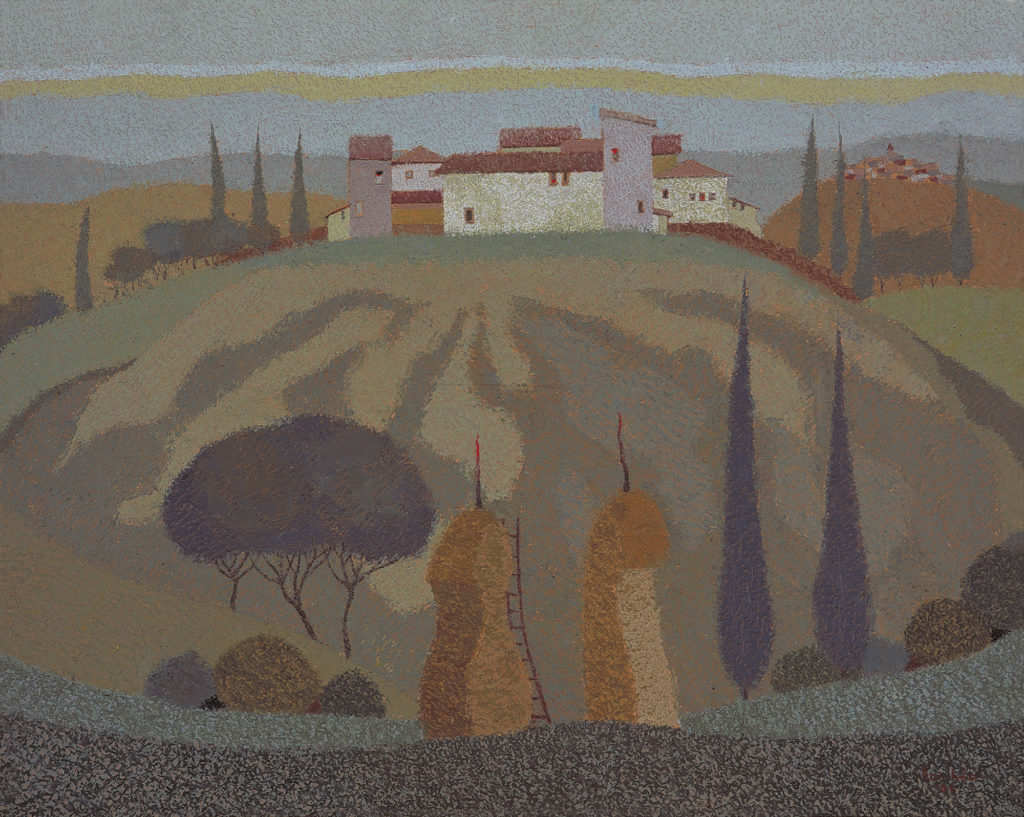 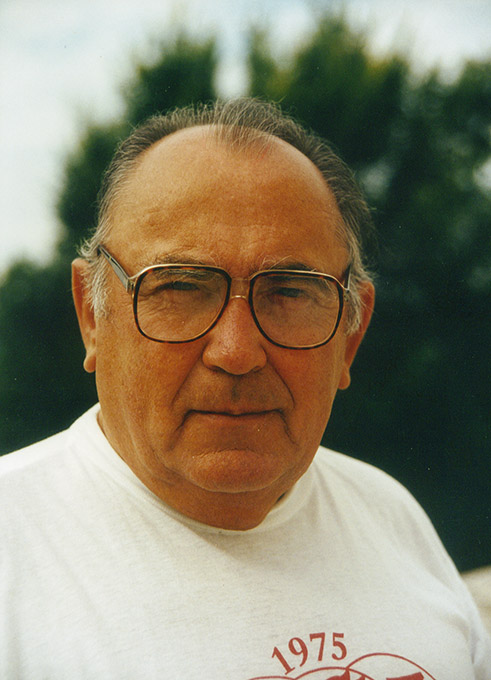 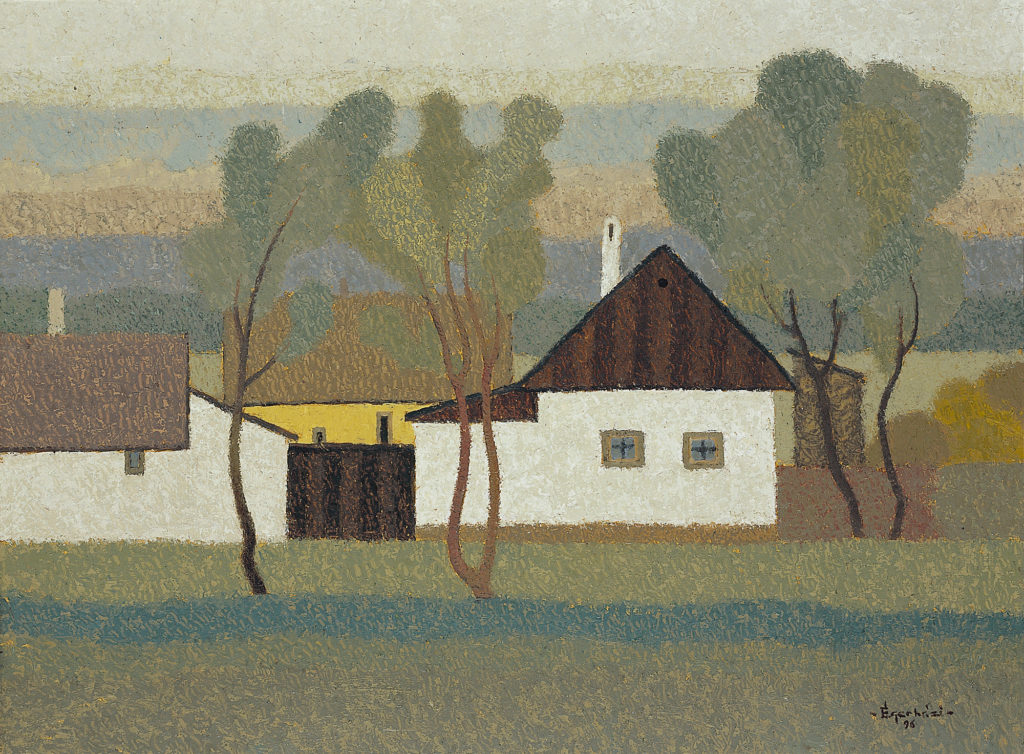 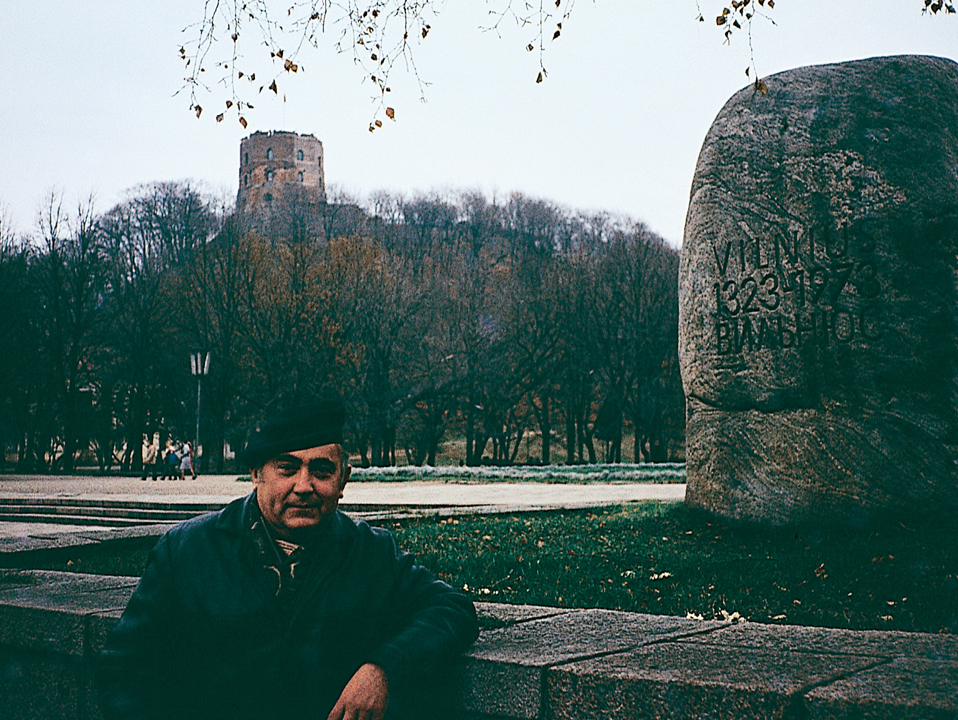