The landscape and ethnographic curiosity of the Hungarian steppe (the Hortobágy) were discovered by poets, painters, and lastly photographers, in the middle of the last century. János Kovács, Sr. and Sándor Wagner made a whole series of paintings between 1880 and 1890, and some of them ended up in Munich. As early as the Paris exhibition in 1900, depictions of Hortobágy were presented, including András Tóth’s sculpture, the Pányvavető csikós. After Mátyás Jantyik, Géza Mészöly, László Pataky, several painters came to Hortobágy in the early 20th century, such as Béla Iványi-Grünwald, Oszkár Glatz, Aladár Edvi-Illés. In 1901, the film of the photographer György Haranghy, Délibábok hazája (Land of the mirage), was made, which encouraged a lonely giant of Hungarian painting to create a large painting: Tivadar Kosztka Csontváry. In 1903 he painted his oil painting titled Vihar a Nagy-Hortobágyon (Storm over greater Hortobágy).

In 1928, the painter Tibor Boromisza founded the Hortobágy Colony, where he worked with painters Miklós Káplár and Zoltán Maghy from Hajdúböszörmény, and by 1931 they had made more than 400 paintings. Their ideals and methods synced with the painting style of the Great Plain and the folk movement. In fact, in the wake of their exhibitions, could the Plains become a thing of importance or a fashion trend.” – said writer Ágoston Székelyhidi about their pioneering initiative.

The three young and determined artists organized an extraordinarily successful exhibition in Budapest, drawing attention to the values of Hortobágy to be protected. Its mere truth and false romance-free face was shown. As a result of their work, sculptor Ferenc Medgyessy came to Hortobágy, whose „trilogy of Hortobágy,” Bika, Komondor and Pányvavető csikós, is of considerable value in modern Hungarian sculpture. But German film director Höllering came and made his film Gloomy horse, for which one of the greatest Hungarian writers, Zsigmond Móricz, wrote the screenplay.

The founders, including Imre Égerházi, built on this rich tradition when they established the Hajdúság Artists’ Colony in Hajdúböszörmény in the 1960s, which became international in 1971. Not only Hungarians from across the border were invited, but also Finnish, German, Bulgarian, Polish, Soviet and Yugoslav guests.

The real second act of the Hortobágy Artists’ Colony took place in 1975 and 1976. It was then that the county painters returned to the flatlands. In the summer of both years, the new artists’ colony operated in the Hortobágy Inn for a month. The paintings created in Hortobágy were exhibited in the Hungária Restaurant in Debrecen. The colony was run by painter Béla Tilles. By higher order, the new workshop in Hortobágy was closed in 1976.

The Hajdú-Bihar County Catering Company based in Debrecen, the maintainer of the Hortobágy artists’ colony between 1975 and 1976, restarted the colony in 1982, and entrusted painter Imre Égerházi with its organization and management. The founders Imre Égerházi, Gyula Madarász, Zoltán Maghy, Zsófia Sipos and Zoltán Tar, all painters, took the name of the Hortobágy Creative Camp and considered themselves the descendants of the Hortobágy Colony.

The programs of both artists’ colonies were as follows:

The Hortobágy Creative Camp mainly presented the winter steppe, as the camp operated between 15 February and 15 March. The painters took turns in 2-week shifts. The organization, leadership, involvement of sponsors, implementation of catalogs and organization of exhibitions were ensured by selfless, and ultimately successful, work of Imre Égerházi.

Hungarians from across the border, as well as European, Asian and American artists, regularly visited the Creative Camp. In a few years, the colony gained a significant international reputation, and in addition to Hajdúböszörmény, it was able to join the bloodstream of the world’s art scene as the most significant Hungarian art colony. The Hortobágy Creative Camp has established close co-operation with art colonies in many European countries, with the two most significant are the artists’ colony in St. Michel, France, of which Imre Égerházi was elected honorary president in the 1990s, and the Gyergyószárhegy Creative Camp in Romania, where, within the framework of the cooperation, it was possible to support Hungarian artists in the entire Carpathian Basin with the help of the artists’ colony in the mainland. The engine making things move in the background was also Imre Égerházi.

Excerpt from the foreword by Katalin Sz. Kürti, a museologist and art writer at the Déri Museum in Debrecen, in the 1987 catalog of the creative camp:

“Variations on a theme, meanings of a theme – this is how the work of the Hortobágy Creative Camp can be summarized. The eternal and changing wilderness, the meeting of heaven, earth, and water, the relationship between landscape and man are depicted by the creators, although by different means. There are those who are excited about the people of Hortobágy: hard faces tanned from the sun and wind, the display of hardened shepherds and copers accustomed to harshness. Others were inspired by a mass of migrating sheep, buffaloes, horses, immersing or fitting hamlets in the landscape. These painters want the same with brush and paint knife as the experts of the Hortobágy National Park: to protect the landscape from all unauthorized interference, to protect the mere generous, ancient beauty with the power of art. After all, this beauty is endangered here as much as anywhere else in the world: environmental pollution caused by technical progress or the dangers of tourism (danger of modernization or kitsch). Fortunately, the leaders of the Hortobágy National Park are quite motivated people, and their useful helpers are permanent members of the Hortobágy Creative Camp.

The Kossuth Prize-winning painter István D. Kurucz is a connecting link between the southern Great Plain, the plains of Vásárhely and Hortobágy. He follows in the footsteps of János Tornyai, the greatest painter of the Hungarian Great Plain, when he paints the embrace of the „great nothing”, the wilderness and the sky, but he also pays attention to the people shepherding and cultivating the land there. A similar program is undertaken by László Bod, an artist from Karcag, and Zoltán Maghy, born in Hajdúböszörmény. He was a member of the Hortobágy Colony operating in 1928-29, which is to some extent the spiritual, ideological predecessor of this creative camp. While Zoltán Maghy’s goals are loyalty and preservation, and his tool is realism, Imre Égerházi seeks to summarize. He highlights and deducts and strives for a simplistic system. Doing the same in other respects Borbála Fekete, János Horváth, József Lakatos, and the painter from Subotica, Hunor Gyurkovics. His colleague Sándor Torok is an abstract painter, but he approaches the spectacle and reality as a result of the landscape experience in Hortobágy. Gyula Madarász and Zsófia Sipos express their relationship to the landscape and to people and their homeland with many lyrical but expressive powers.

We hope that the audience will understand the message of a distant world that the 34 painters and 5 photographers have now brought to us through their works, as their message is general: fidelity to the homeland, to the roots.”

OUR FIRST CAMP AT HORTOBÁGY

The first creative camp in Hortobágy started in September 1928 with the painters Tibor Boromisza (from Budapest) and Miklós Káplár and Zoltán Maghy (from Hajdúböszörmény). In the spring of the same year in Budapest, my friend Miklós was happy to inform me that he had met a “very Hungarian painter at a group exhibition, whom he had performed with in Salon, and last year he was already in Hortobágy, painting the wilderness, living among shepherds and immortalizing their lives on canvas. I have already talked about working together in the summer and we believe that we will create valuable art in the Hungarian spirit with our operation there. I can’t wait to be outside and paint,” said Miklós.

Boromisza arrives in Hortobágy on July 1, 1928 and stays there for another two years, living in the inn – in his studio room.

Boromisza, who lives in Kaposvár – at the painter Rippl-Rónai – informed Miklós Káplár in a letter about the procedures to be followed in Hortobágy, described his artistic perception and worldview. “My friend Miklós said that he was going to Hortobágy and I would do the right thing if I traveled with him to meet my brother Tibor. I saw the famous wilderness for the first time in my life at this time. We went for a day, and László Halász (today a conductor in New York) also came with us on the train. We were greeted with great pleasure and love by István Molnár, PhD., a scientist and high school teacher, who is also a friend. We had a good and lengthy talk. Our conductor friend also photographed us on the riverside. In the evening we said goodbye to our painter friend, promising we’ll be returning to Hortobágy to paint soon enough.

On August 28, Boromisza wrote a letter, stating he’s waiting for us, and taking care of our accommodations.

He writes, among other things:
“… I would like to see a world-class modern pictorial rooted in the Hungarian race, which proudly extends through our glorious Hun ancestors to the great Asian tradition…”

Preparing for the artistic works and our stay in Hortobágy, my friend Miklós and I could only realize our travel plans on September 15th. On the famous plains mostly three of us went to work together and painted in great mood and with enthusiasm, including on the pasture of Csege. Our stay in Hortobágy ended with particularly good and valuable works and results.

Miklós Káplár and I lived in the room of the railway station with the dear chief mechanic Emil Nagy.

This beginning, before 73 years, is now over, and a beautiful memory (like a dream), as Miklós Káplár passed away in 1943, and István Molnár left us forever in 1943, and Tibor Boromisza in 1960. 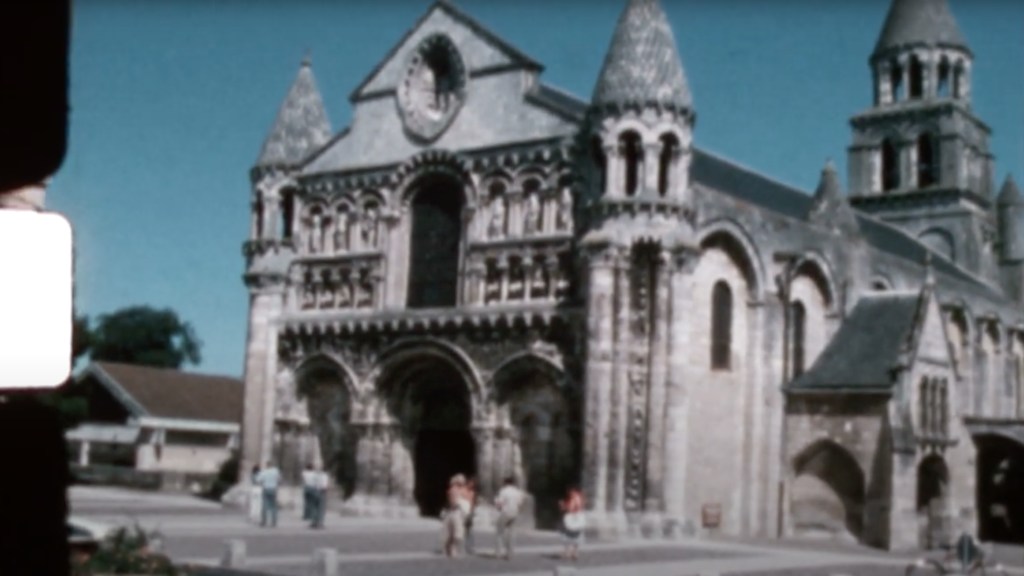 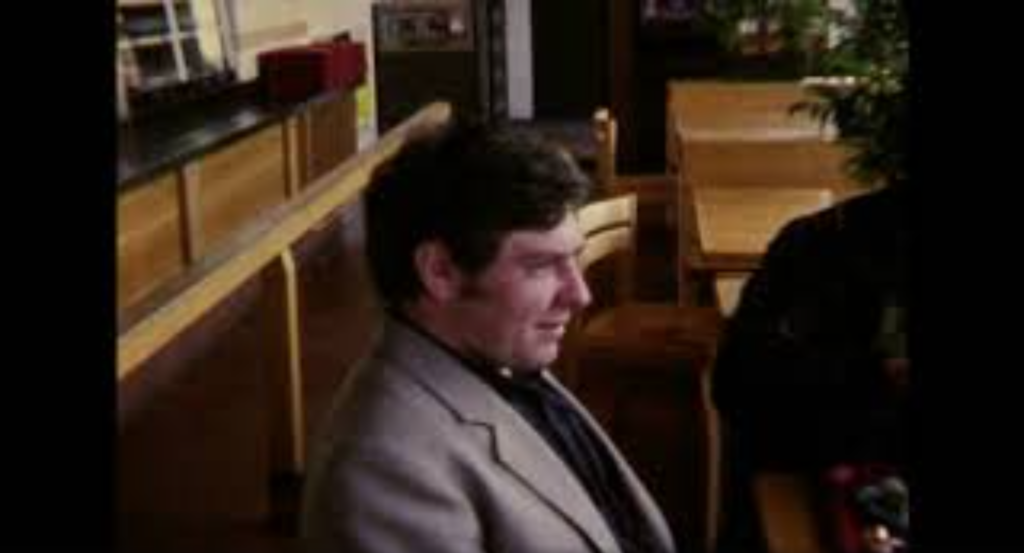 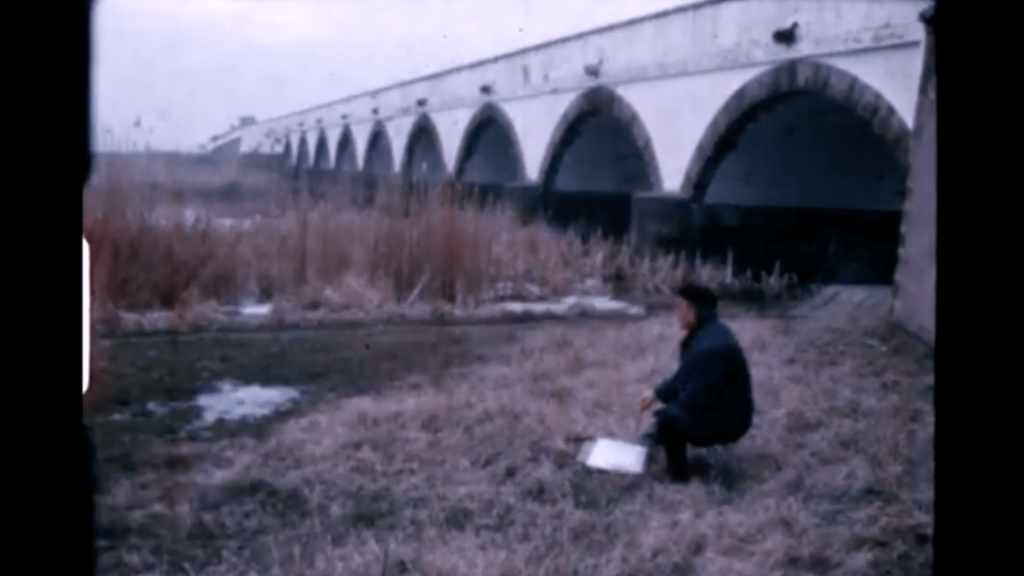 Barbizon on the Hungarian plains

Barbizon on the Hungarian plains

Imre Égerházi One + One exhibition in the folk dance house

Imre Égerházi One + One exhibition in the folk dance house